DISCLAIMER: This content has been provided to THE PULP AND MYSTERY SHELF by Pump Up Your Book Book Tours. No compensation was received. This information required by the Federal Trade Commission.

We invite you to Bruce Forciea’s ALAN 2 Blog Tour! Please leave a comment to let Bruce know you stopped by! 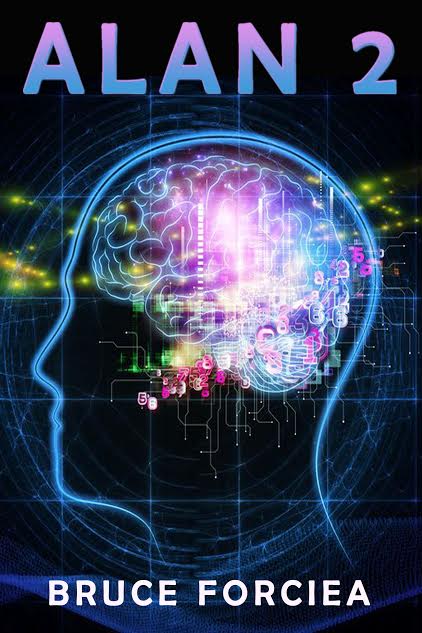 Title:
ALAN 2
Author: Bruce Forciea
Publisher: Open Books
Pages: 278
Genre: Cyber-Thriller
A brilliant artificial intelligence (AI) scientist, Dr. Alan
Boyd, develops a new program that integrates part of his brain with a
computer’s operating system. The program, Alan 2, can anticipate a user’s needs
and automatically perform many tasks. A large software company, International
Microsystems (IM) desperately wants the program and tempts Dr. Boyd with huge
sums of money, but when Dr. Boyd refuses their offer, IM sabotages his job,
leaving him in a difficult financial situation.
Dr. Boyd turns to Alan 2 for an answer to his financial
problems, and Alan 2 develops plan Alpha, which is a cyber robin hood scheme to
rob from rich corporations via a credit card scam.
Alan and his girlfriend Kaitlin travel to Mexico
where they live the good life funded by plan Alpha, but the FBI cybercrime
division has discovered part of Alan 2’s cyber escapades, and two agents,
Rachel and Stu, trace the crime through the TOR network and Bitcoin.
Alan 2 discovers the FBI is on to them and advises Alan and
Kaitlin to change locations. A dramatic chase ensues taking them to St.
Thomas, a cruise ship bound for Spain,
and finally to Morocco.
Will they escape detection? They will if Alan 2’s Plan Beta
can be implemented in time. Or is ‘Plan B’ something altogether different than
it appears to be, something wholly sinister that will affect the entire
population of the world?
Watch
the trailer at YouTube!

I’ve always had concepts and stories rumbling around in my gray matter. I finally decided to put some of them down on paper.

My love of science fiction. I grew up watching sci-fi movies on TV on Saturday afternoons as well as visiting the library to read books by the great science fiction authors such as Ray Bradbury, Arthur C. Clarke, and even Jules Verne.

About 10 years ago I wrote a non-fiction book about healing. This led to writing some academic material and a study guide for Anatomy and Physiology. About 3 years ago I began writing fiction. My first novel, The X-Cure, was published in 2015 and led to my second novel, Alan 2.

I would like them to be able to escape and take an exciting journey through an alternate reality.

I like living with the story and characters in my mind while writing it. I find the process of writing a story very enjoyable.

I would say, after the story has been written and edited and edited again, having to continue to read it after various formatting to look for errors. I find this rather draining and want to move on to another project, but I know it needs to be done.

Besides not quitting your day job, I would say to learn as much about marketing as you possibly can.

I enjoy a variety of books. Lately, it’s been science fiction, but more along the lines of cyberthrillers or technothrillers versus space travel and alternate universes.

Sure, I think it would be my background. I’ve had some interesting careers including teaching college anatomy and physiology, running my own chiropractic practice, working in electronics, international ice skating coach, and performer with a touring ice show.

EXCERPT:
Bang! Bang!
Bang! The flimsy apartment door rattled on its frame with every blow.
“Kaitlin,
don’t even think of answering that!” Alan growled through his teeth.
Kaitlin
shrugged her shoulders and moved away from the door toward the living room
where Alan sat at a table full of electronics gear.
“Dr. Boyd,
are you home?” shouted the voice on the other side of the door in an Indian
accent. “I want to talk to you. I have a very good offer. Please, Dr. Boyd, it
will only take a minute, and I think you will be quite pleased with what we
have for you.”
“Go away;
leave us alone,” Alan shouted. “I don’t want your offer.”
“But
Dr. Boyd, we do
pay very well. We are great admirers of your work.”
“I don’t care
and I don’t want your money,” said Alan. “Now go away before I call the
police.”
“Think about
it, Dr. Boyd; I will be in touch.”
“Incessant
bastards,” said Alan as his attention turned back to his work. “I’ll cherish
the day they leave us alone. Kaitlin, come over here and help me with this
injection.”
Alan rolled
up the sleeve of his t-shirt while Kaitlin picked up the syringe containing the
gadolinium contrast. She pinched an ample section of skin and plunged the
syringe into his arm. The needle stung like an angry wasp, causing Alan to
grimace.
“Can’t you be
gentle? You’ve done enough of these by now to get the hang of it. You shouldn’t
jam it in like that!”
Kaitlin
rolled her eyes and shook her head. “I think I do pretty well considering I
don’t have any medical training,” she said while jerking the syringe out of his
arm.
“Okay, okay.
Just take your position at the console.”
She sighed,
plopped onto a small task chair and rolled over to a makeshift wooden table
holding a desktop PC and a large high-definition monitor. She had been through
this process countless times before.
Alan entered a
large metallic structure in the center of the living room. The box-like
structure, made of aluminum, dominated the rectangular room which was devoid of
furniture. Its dull silver hue contrasted the blank walls. He closed the door
and climbed into a chair that looked like it came from an early Gemini
spacecraft. The stiff plastic chair, sandwiched between two large metal discs,
afforded a good deal of postural support but little comfort. He sat down and
slowly slid his head between the thick metal and plastic arms of a large
U-shaped device. There was just enough clearance as he wriggled his head to
achieve the perfect position. He pulled down on a large metallic tube suspended
above him so that it surrounded his entire head. He positioned the tube so that
the rectangular slit lined up with his visual axis, allowing for a line of
sight to the monitor located outside of the tube. The small fMRI scanner had
taken a good deal of time and money to cobble together, but it was the only way
to capture the needed information from his brain.
Alan viewed
Kaitlin through a small round Plexiglas window in the door and signaled with a
thumbs-up to begin the scan. She waved and entered the start sequence into the
keyboard, sat back, slid an unlit cigarette between her lips and picked up a
copy of People Magazine. He pushed
his head back against the headrest and adjusted the monitor suspended on a boom
so he could see the screen. The machine first hummed as it powered up and then
made periodic knocking sounds.
Alan focused
his attention on the monitor while the scanner began its first sequence. The
monitor displayed a series of images designed to evoke emotions. Each image
popped onto the screen and persisted for ten seconds before another replaced
it. There was a small child holding hands with his father, a mother holding a
baby, a couple admiring their child in a crib, and many more. All the images
had been chosen to trigger emotional responses, causing changes in blood flow
to certain areas of Alan’s brain. An image would appear for a few seconds and
then the machine would complete a scan.
The process repeated until all one hundred twenty-seven images had been
displayed. The entire cycle then repeated two more times with random sequences
of the same set of images.
This would be
the final scan involving diffusion tensor imaging of Alan’s frontal lobes.
Previous scans had involved the study of responses to a variety of topics. In
addition to emotions such as sadness, joy, anxiety, and fear, there were
cognitive studies that examined Alan’s problem solving techniques as well as
his reaction to global events. In all, there were over one hundred fifty scans
taken over the past two years.
About the Author 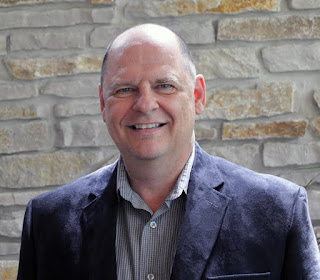 Bruce Forciea is known for taking complex scientific
concepts and making them easy to understand through engaging stories and simple
explanations. He is an Amazon Best Selling Author and author of several books
on healing and biology, along with science fiction thriller novels. His fiction
writing draws on a diverse and eclectic background that includes touring and
performing with a professional show, designing digital circuits, treating
thousands of patients, and teaching. His stories include complex plots with
unexpected twists and turns, quirky characters, and a reality very similar to
our own. Dr. Forciea lives in Wisconsin
and loves writing during the solitude of the long Northern winters.