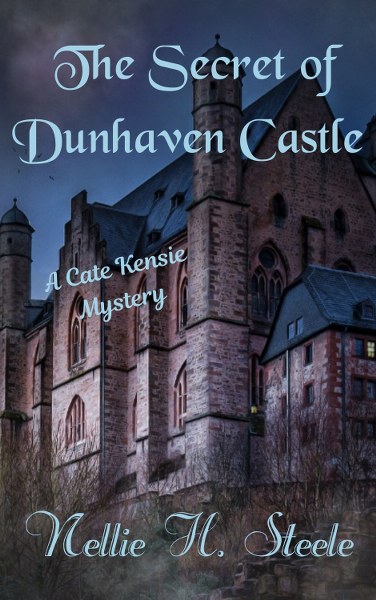 How in the world could she now own a castle?
Shy, introverted Dr. Cate Kensie never imagined that she would inherit a beautiful, and oddly quirky, castle nestled in the picturesque Scottish Highlands. Truthfully, she was sure that she didn’t have any family left after her parents died in a car accident several years before, but then she had gotten the phone call, and her entire world had turned upside down.
That was when she discovered that she had family in Scotland, and her distant family member, Gertrude MacKenzie, had passed away, leaving her Dunhaven Castle and a golden timepiece with the mysterious phone call: ALWAYS KEEP AN EYE ON YOUR TIME.
Soon after she leaves the only life she’s ever known in the US with her four-legged best friend, the adorable Riley, she quickly finds that owning this castle is not the fairytale she expected. Mysterious events occur that leave Cate wondering if her new home is haunted or if she’s losing her mind.
Will Cate be able to unravel the mysteries of Dunhaven Castle before it’s too late? Or will the secrets be too much for Cate to handle?
Find out if Cate can uncover the secrets her new home holds in The Secret of Dunhaven Castle!
Goodreads * Amazon 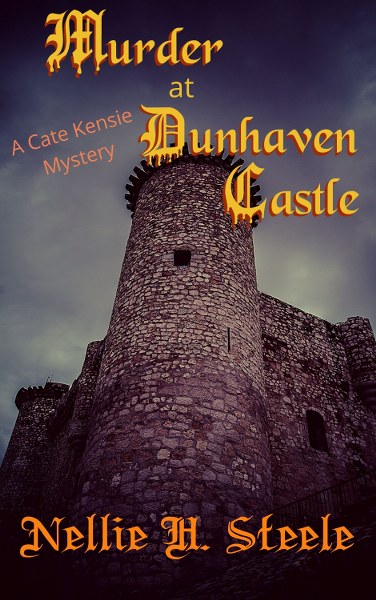 If you could go back in time and clear your family’s name, would you?
Dr. Cate Kensie, now known as Lady Catherine Kensie, the mistress of Dunhaven Castle, still can’t believe her life. Somehow, moved to Scotland, inherited a castle that’s more than meets the eye, and is the proud–and sometimes reluctant– owner of an amazing family heirloom. But there’s a secret Cate must protect about her new life, a secret that no one but Jack Reid, the estate manager, knows of.
As Cate learns more about her new home, she discovers that in 1856 there was a murder at Dunhaven and non-other than her own ancestor, Randolph MacKenzie, was accused and convicted of the crime. However, the more she learns about the murder at Dunhaven, the more confusing things become. All of the evidence is there, but the answers still don’t add up.
Will Cate have the courage to dive into a centuries-old murder to clear her family’s name? Or will she find out the hard way that sometimes it’s best to leave the past in the past where it can’t hurt you?
Find out in the nail-biting second installment of the Cate Kensie Mysteries series, Murder at Dunhaven Castle!
Goodreads * Amazon 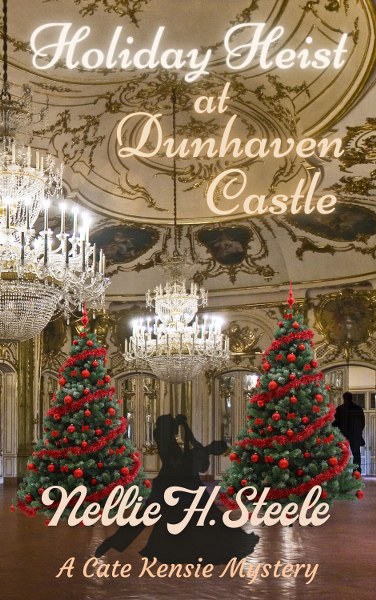 Cate knew she had seen those jewels before.
As her eyes scanned the newspaper article from 1925, she is shocked to read about the theft of two priceless necklaces from her family’s home. When Cate recognizes one of the stolen necklaces from when she traveled back in time to the year 1856 to solve a murder mystery, Cate knows there’s only one thing left for her to do. Despite the hectic holiday season approaching, complete with two grand holiday events, Cate must travel to 1925 and unravel the mystery surrounding the jewelry theft.
However, things take an unexpected turn when she arrives. As Cate discovers more unanswered questions, she starts to wonder if there’s a piece to the puzzle she has yet to uncover.
While Cate and estate manager, Jack, try to unravel the puzzle in the past, another mystery brews in the present for Cate. Strange and eerie nightmares centered around a bookcase in Dunhaven Castle’s library disrupt Cate’s sleep, rattling her mind even during her waking hours. She wonders if these are connected to the jewelry theft or if something darker lurks in Dunhaven’s halls.
Can Cate solve the mysterious theft of her family’s jewelry? Will the bookcase hold the secrets to the past? If it does, will Cate be able to decipher the clues on its shelves? Or is there something more sinister at work in Dunhaven Castle?
Find out if Cate has what it takes to solve the newest mysteries at Dunhaven Castle in Holiday Heist at Dunhaven Castle, book three of the riveting cozy mystery series Cate Kensie Mysteries.
Goodreads * Amazon

PROMPT: Which of your novels can you imagine made into a movie?

My vivid imagination fantasizes about any and all of my novels becoming movies!  I’d love to see the Cate Kensie series on the big or small screen (Hallmark Channel, I’m looking at you!)!  I think that series would be visually stunning with the scenery in Scotland and the castle and its grounds.  And the history aspect of the series makes it interesting!

And I can’t write the Shadow Slayers series without considering how epic this series might be in movie form!  The rich cast of characters and the fast pace of the series would do well in a movie format.

FOR CATE KENSIE SERIES: I think Alexandra Daddario has a great look for Cate Kensie!  I could imagine her playing Cate in a series of movies. 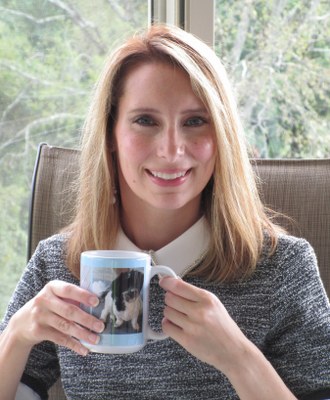 Nellie H. Steele lives in the South Hills of Pittsburgh with her family and her many fur-babies. When she isn’t writing, she enjoys teaching Statistics at a local university or watching her dogs and cats play in the yard.
Nellie is the author of the Cate Kensie Mystery Series, a cozy mystery series following the adventures of Dr. Catherine Kensie, a history professor turned Scottish Countess, and her beloved dog, Riley, as they navigate their new lives in their quirky Scottish highlands castle, solving mysteries along the way! She is the creator of the Shadow Slayers series, a suspenseful series with a supernatural twist! Follow the Shadow Slayers through time as they fight to banish darkness from the world. Nellie also writes an adventure series, Maggie Edwards Adventures. Follow Maggie Edwards as she travels the world solving mysteries and finding unique treasures!
Website * Facebook * Facebook * Bookbub * Amazon * Goodreads