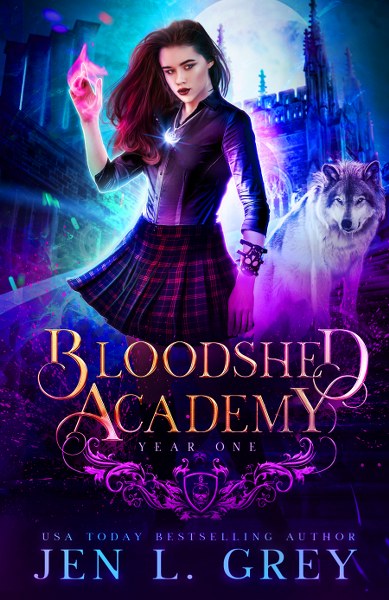 Only the strongest survive … most of the time
Raven may be a shifter, but she’s always felt separate from her wolf. She never knew it should be different. Then, a stranger showed up in her hometown, turning her world upside down and recruiting her for the elite Bloodshed Academy.
Everything she’s ever known gets challenged, and Raven found herself in impossible situations. Making matters worse was the fact that one of the strongest alphas at school caught her eye. And he made her feel things she didn’t understand.
The school may only recruit the best of the best, the strongest in their world, but there was something more about Raven. When push comes to shove, she had to decide if she’s willing to fight for what she’s come to love … or run from a life she couldn’t quite accept.
Vampire Diaries meets Daughter of the Moon in YEAR ONE, a steamy academy romance story for readers that love snark and strong alphas.
Goodreads * Amazon 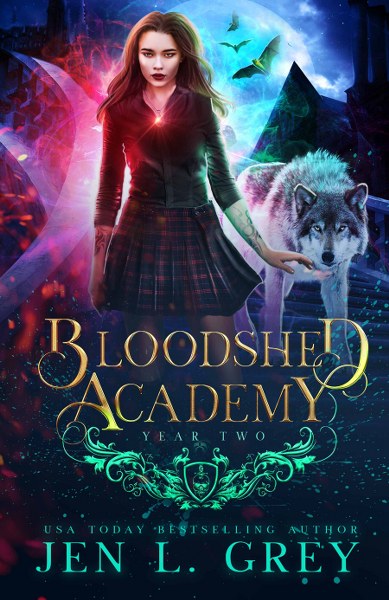 Some secrets kill … others bring a fate worse than death
Barely dealing with her shifter abilities, Raven had to navigate college. Her journey so far has uncovered a world beyond her wildest expectations.
Not only did she constantly have to prove her worth to the students and faculty at Bloodshed, but she also had to balance her love life, a secret society with a hidden agenda, and three of the most elite guys at school.
When all the secrets around her are exposed, and everything Raven’s facing comes to a head … she has to pick what’s worth fighting for. Her life and her choices, or her place in the world around her.
Vampire Diaries meets Daughter of the Moon in YEAR TWO, a steamy academy romance story for readers that love snark and strong alphas.
Please note that the story is not reverse harem and there are instances of bullying.
Goodreads * Amazon 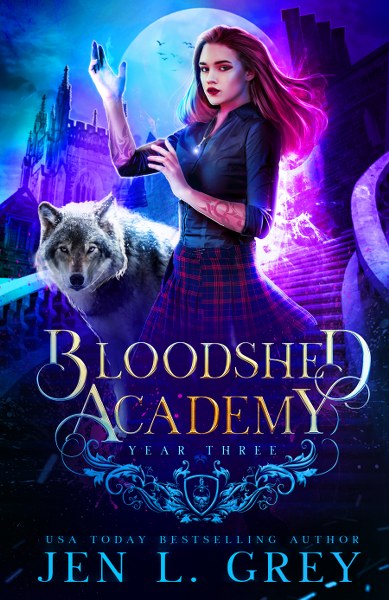 A society that you can’t escape… or you can die trying
Embracing her wolf, Raven became stronger than she ever imagined, but the next challenges she must face could break her.
The culling was coming. Only the strongest survive, and with it, the potential to change everything and everyone around her.
Now Raven and her friends must make decisions unlike anything they ever could have imagined. Their choices would set the course of a war. Their enemies were many, and even unknown. Once again, Raven was left with no other options. If she doesn’t take a stand, she would lose everything she held close.
Vampire Diaries meets Daughter of the Moon in YEAR ONE, a steamy academy romance story for readers that love snark and strong alphas.
Please note that the story is not reverse harem and there are instances of bullying.
Goodreads * Amazon 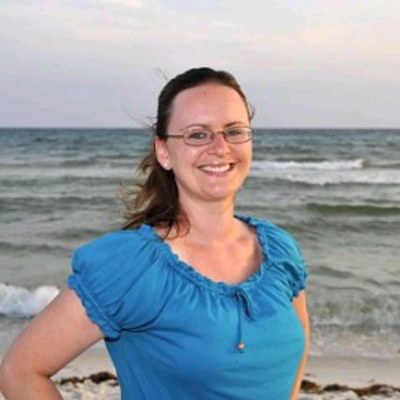 USA Today Bestselling Author
Reading has always been one of my favorite hobbies, even as a little girl. When I was a toddler, my parents would read stories to me over and over. I would hear them so often that I had the books memorized and could recite the story word by word.
My favorite genres are fantasy, paranormal, and contemporary romance. So of course that’s what I’m inclined to write.
I have a husband, two young daughters, and a mini Australian Shepherd. I’ve lived in Tennessee the majority of my life and love the state.
I’m extremely addicted to caffeine and enjoy drinking coffee and lattes.
Website * Facebook * FB Group * Twitter * Instagram * Bookbub * Amazon * Goodreads