DISCLAIMER: This content has been provided to INFINITE HOUSE OF BOOKS by Bewitching Book Tours. No compensation was received. This information required by the Federal Trade Commission. 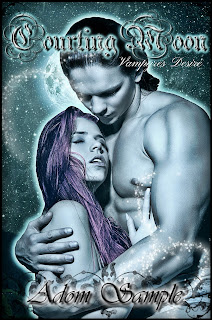 Courting Moon
Vampyres Desire
The Bloods Passion Saga
Book One
Adom Sample
Genre: Magical Realism / Paranormal Romance
Date of Publication: April 28, 2017
ISBN-13: 978-1540823458
ISBN-10: 1540823458
ASIN: B06XYVW1NP
Number of pages: 346
Word Count: 88,500
Cover Artist: Adom Sample
Tagline: How far will you go to be with the one you love?
Book Description:
Two worlds.
Separation and control were all they had ever known. The laws set by the iron fist of the Coven of Vampyres pass down to the human reverts was what their worlds were built upon. Love, passion, emotional yearning and above all, human and vampyre fraternization–all strictly forbidden. Yet, a moment’s encounter would soon change all that. One single embrace would alter their worlds forever.
The young vampyre, Sebastian of Orias, son of a ruling member of the Coven, and nineteen-year-old Kyra Dunning, daughter of the Chief Councilman in the human régime would soon learn what it means to feel an insatiable passion. This feeling caused the forbidden fruit to consume their hearts with hunger neither knew existed. To be apart was to die. Henceforth, they chose to break the rules, defy the Coven, and embrace this connection, regardless of the dangers that may unfold.
With marriages arranged, political power to centralize, and underground dissension to eradicate, both the Coven and the Council will stop at nothing to maintain order. And the love between Sebastian and Kyra, unbeknownst to them, may mean the end of everything they’ve ever known.
Amazon 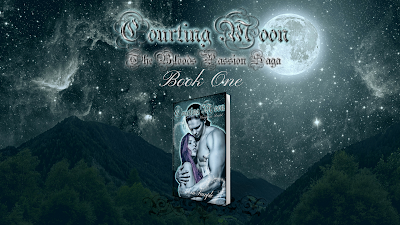 Interview with the Author:

I’ve been writing since I was a child actually. As I child I loved reading stories. It was an escape from my hectic childhood. With that, I started writing plays, poetry, shorty stories and the like. I didn’t start writing seriously until I finished graduate school. I put off completing my Doctorates to write. I felt like doing something I was passionate about as opposed to continuing my studies. Writing makes me feel good.

This was an easy decision for me since I’ve been writing for so long. I always planned to be an author someday when I finished school. I couldn’t put it off any longer which is why I decided to put my Doctorates on hold for a while. I thought it’d be a good idea to purse the things that make life more enjoyable which for me is writing. With self-publishing, I’m able to tell my stories without anyone else’s say so.  I love the freedom of it.

I would like them to analyze the characters motives and reasons for doing what they do. Most of my works have a hidden socio meaning to them that reflects on modern day relationships between people. This includes the barriers that divide them. Many people lose themselves in the fantasy of fiction as a ways to escape. If they can take a small part of my work (be it passion, emotional struggle, or even love) and apply that to their lives then I will feel as if I accomplished what I set out to do.

People reading my work and expressing how much they enjoyed it. Knowing that in some way I’ve positively touched the reader is the most rewarding thing for me.

The editing process. It’s been months and you think you’ve written a beautiful story until you go back and reread what you’ve wrote, finding that some parts make absolutely no sense at all. I tend to edit while I write so that the editing process isn’t as gut-wrenching.

The more you write, the more your writing will improve. Pour your heart and soul into your work. If your characters don’t stir up emotions within you while you’re writing then neither will it with the reader. If you’re self-publishing, you must hire a professional editor and proofreader. No matter how many times you’ve read and reread your work, there will always be mistakes you cannot catch. Always have fresh eyes on your work before publishing. Revisit the plot and character development at least twice. Walk away from your work to give yourself some time to relax before revisiting the story. This time is extremely important in understanding what issues need to be addressed. Above all, continue to write no matter how discouraged you become. Not everything will fall into place in the beginning. It may take months or even years, but if you’re passionate about writing, you’ll be just fine.

You can connect with my through my website or any of the various social media outlets I have. Or you can email me directly. Everything from Goodreads to Instagram are located on my website. I love hearing from readers.

The dark meadows
and midnight air blast through her hair giving off a scent that would attract
any Vampyre for miles. It was there he sensed her. It was there he could no
longer deny himself the pleasure of getting to know who she was. The rules were
set, and the laws were written, but none of that could keep him restrained. Not
anymore.
His emotions
fluttered, leaving him no other choice. He must take that chance, regardless of
the prospect of rejection. For months, he watched her, lurking in the shadows
of their lands, never giving thought as to what would happen if he were to be
discovered. It was a risk he was more than willing to take, if only just to get
a second glance of her beauty.
He was, after
all, the son of a count, and he knew the rules better than anyone.
Fraternization between Vampyre and human was strictly forbidden. The rules were
imprinted in his brain from birth, but he had to choose differently. Was it her
human frailty or the smell of her blood that drew him there every night?
Whatever this enchanting spell was that led him to her lands took total
control, forcing him to do things he thought he’d never do.
Romantic love
was forbidden and after months of obsessing over this human woman, he was
beginning to understand why. All rational thought escaped his mind whenever he
was near her. The erratic and irrational impulses that made him sneak out of
his room, cross the neutral territory, and enter their lands each night had
overwhelmed him. He’d lost control, yet refused to do anything about it. This
was who he wanted to be.
Henceforth, that
night in the dark meadows, basking in the midnight air, he made his approach.
Would she welcome him or fear him? What stories would she have heard about his
kind that could force her to be reluctant by his presence? He had no choice,
for it was too late to turn back now. She was alone, and he would never have an
opportunity like this again. He pushed back the bushes, taking slow steps
toward her. Hesitant, he thought about turning around and forgetting about her.
He knew where this would lead. Still, he interjects his reason and pushes aside
all logic, giving in to his wanting desire.
“Hello,” he
whispered softly from behind. She froze. She knew the end was near. She knew
the Vampyre creeping up behind her would make her his supper if she didn’t run,
and quick. Without thought, she took off screaming for her life. Her action to
his bold move didn’t surprise him at all; the only thing that entered his mind
was how beautiful she looked when she ran away. He didn’t pursue right away. He
stood there paralyzed, fearful that he would be discovered.
If anyone heard
her screaming it would be the end of him. Before she could get too far, he
headed her off, and in a flash was right in front of her. They had collided.
She ran right into him. The touch of her soft warm skin sent a sense of inner
peace and tranquility through this entire body.
They had their
arms wrapped around each other like lovers in need. That sensual gaze he gave
her forced the fear to melt away only to be replaced with apprehension and
embarrassment.
“I will not harm
you,” he said in a passionate whisper.
“What do you
want from me?” Her voice trembled.
“Simple conversation.”

“You mean to
kill me?”
“Of course not.
But far be it for me to make you my meal someday.”
“Who are you?”
She gave him an uneasy glance.
He stared into
her eyes and smiled, brushing his fingers through her soft, long hair. And thus
that single encounter, that bold embrace set forth the path they would go
through together; placing things in motions that would tear the very boundaries
of everything they’d ever known. Forever. 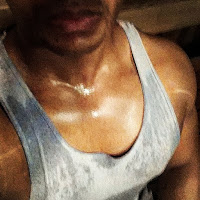 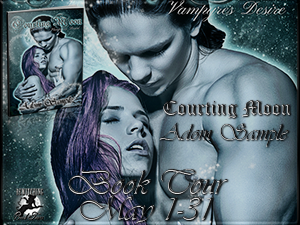