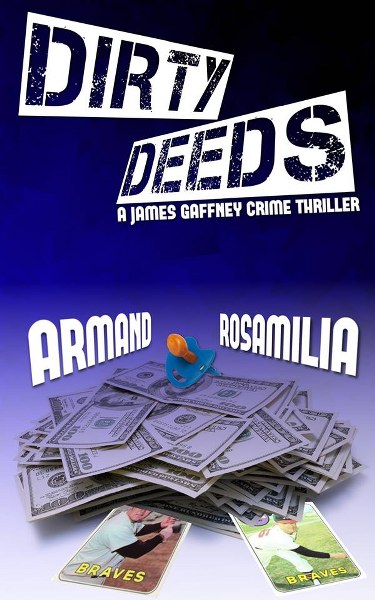 I get paid to erase problems.
Did your extramarital affair produce an unwanted complication? Family problems? Just want to enjoy your midlife crisis by yourself?
That’s where I come in. For a fee I’ll take care of it. A big fee.
Only, I’m not going to do what you think. I’m not going to save you from them, I’m going to save them from you.
Goodreads * Amazon 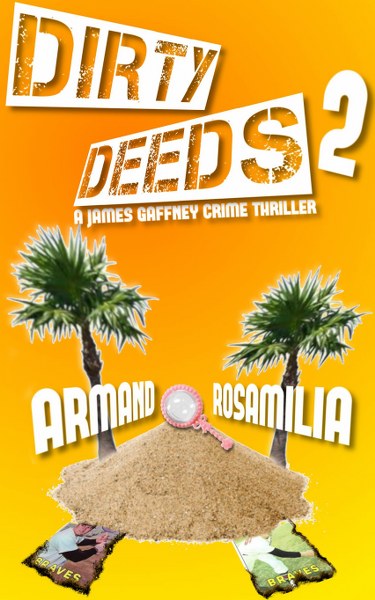 Everything was going smoothly until my past caught up with me.
Now I’m being taunted by a madman who knows more about me than I do.
He’s kidnapped the closest person in my life, and he is using it to get my attention.
Trust me… he has it. Now I just need to figure out where he is and when he’ll strike again.
Things were easier when I was only kidnapping children.
Goodreads * Amazon 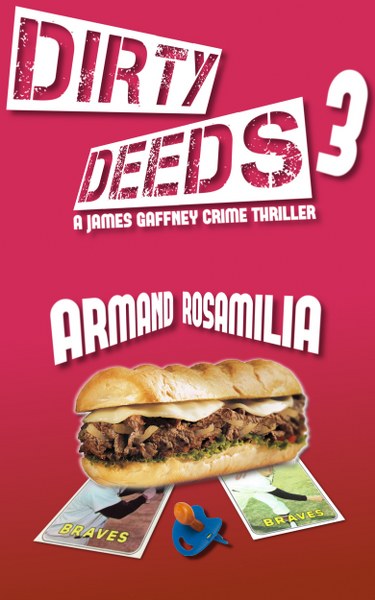 Philadelphia. City of Brotherly Love.
Unless you have the Philly mob trying to kill you and the FBI wanting to sit you down for an interview about your connections to organized crime.
Not to mention being wanted for your own illegal business ventures.
Did you guess I was in trouble?
Goodreads * Amazon 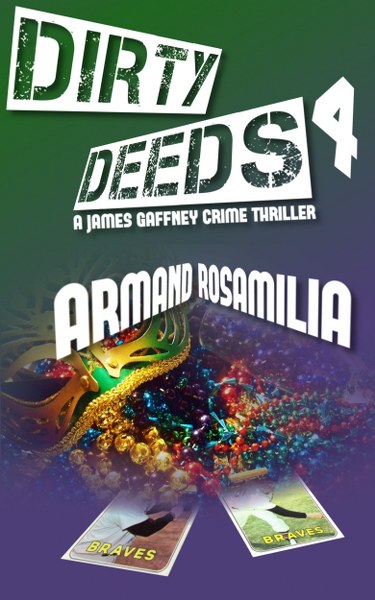 The Big Easy. The Crescent City. Birthplace of Jazz. Mardi Gras City. NOLA. New Orleans.
Even in a fun place like this I find myself being chased, shot at, coerced and abused by the FBI, organized crime and Reggie Keane, who used to spend his days trying to arrest me.
Did I also mention a serial killer is in the mix as well?
One of these days I’m going to spend time in a city and enjoy the tourist sites.
The fourth book in the crime thriller series from author Armand Rosamilia
Goodreads * Amazon 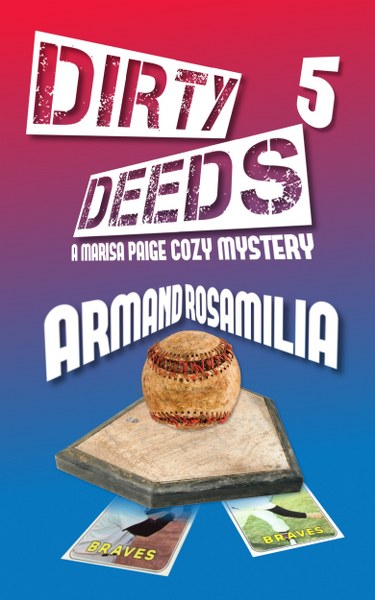 Marisa Paige, assistant to James Gaffney’s legal and illegal endeavors, just wanted to spend time in Florida.
Sunny beaches. Baseball games. Sightseeing in St. Augustine.
When Marisa stumbles upon the dead owner of a baseball card store, her vacation plans change.
Can she solve this cozy mystery before someone else dies?
Will she get to see a few Jacksonville Jumbo Shrimp baseball games and work on her tan as well?
Goodreads * Amazon 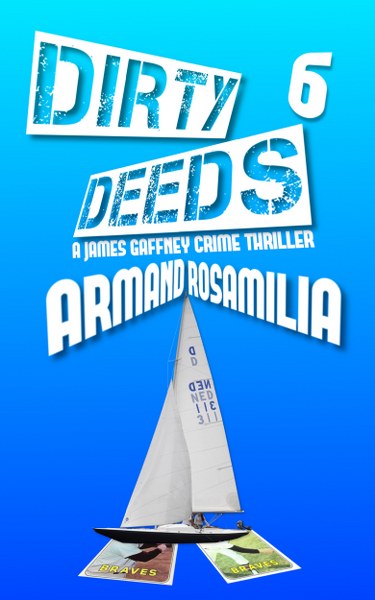 The Sixth Book in the crime thriller series!
Being a guest on a sailboat should be the most relaxing thing. Ever. I can’t think of what else would make someone happier. A gentle breeze over the water. The sun shining. Someone else steering the boat and asking if you’d like another grilled shrimp or noticing your glass is nearly empty.
The problem I have is simple: someone getting shot and blood splatter on my shrimp puts a damper on this picturesque scene, and it isn’t a lazy dream I’m having, either.
Once again what should be an idyllic scenario becomes a bloodbath because… well, because of who I am.
Goodreads * Amazon 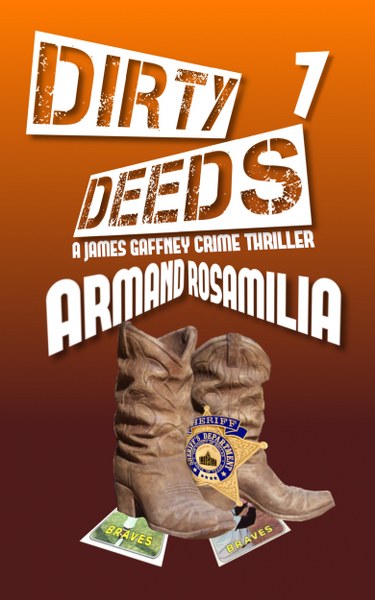 The next chapter in the Award Winning crime thriller series!
What started out as a simple kidnapping and trip to Texas has turned into a typical week for me: dead bodies, being shot at, changes in my life, too much heat, lots of great food and sparring with the local sheriff and the FBI
Goodreads * Amazon 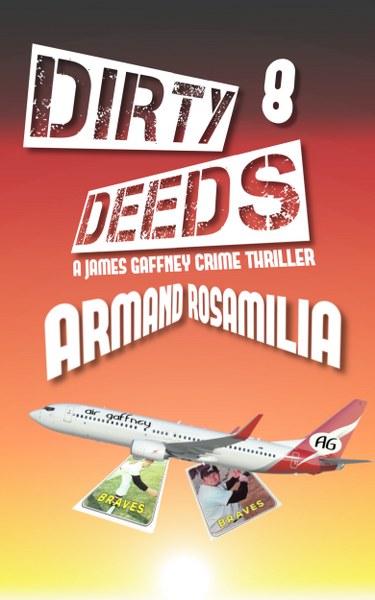 I have a plane. I use it for pleasure. To fly to exotic locales and eat great food, watch sporting events and sell sports cards.
Except when a Philly mobster I owe a favor to has me use it to go to Brazil and kill a woman
Never a dull moment for me
The next part of the Award Winning crime thriller series!
Goodreads * Amazon 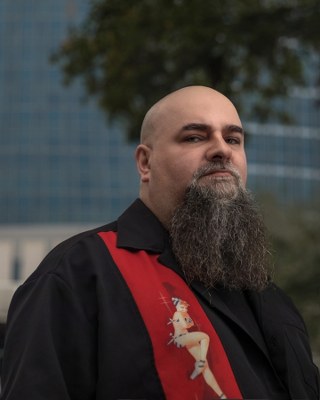 Armand Rosamilia is a New Jersey boy currently living in sunny Florida, where he writes when he’s not sleeping. He’s happily married to a woman who helps his career and is supportive, which is all he ever wanted in life…
He’s written over 150 stories that are currently available, including horror, zombies, contemporary fiction, thrillers and more. His goal is to write a good story and not worry about genre labels.
He not only runs two successful podcasts…
Arm Cast: Dead Sexy Horror Podcast – interviewing fellow authors as well as filmmakers, musicians, etc.
The Mando Method Podcast with co-host Chuck Buda – talking about writing and publishing
But he owns the network they’re on, too! Project Entertainment Network
He also loves to talk in third person… because he’s really that cool.
You can find him at http://armandrosamilia.com for not only his latest releases but interviews and guest posts with other authors he likes!
and e-mail him to talk about zombies, baseball and Metal:
armandrosamilia@gmail.com
Website * Facebook * Twitter * Bookbub * Amazon * Goodreads