Today, we look at DOCTOR MILLIONAIRE.

DISCLAIMER: This content has been provided to SHANNON MUIR’S INFINITE HOUSE OF BOOKS by Xspresso Book Promotions. None of it reflects opinions of Shannon Muir. No compensation was received. This information required by the Federal Trade Commission. 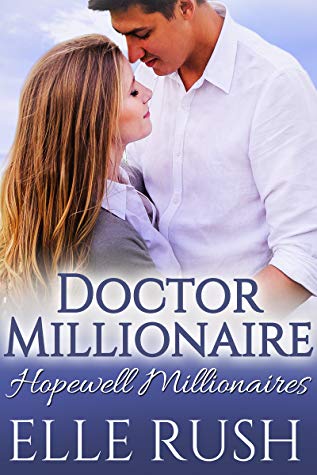 The only reason Dr. Doug Little returned to work in his dying hometown was to keep a promise. Two years and he’s gone. The only things getting him through his first couple months are his ten-year reunion and working with his old high-school crush.

Although Jackie Dunn loves her quiet world, her small-town life gets even harder when her part-time hospital job is in peril. If not for her friends’ encouragement, she’d head to the city for better opportunities for herself.

At the reunion, all the returning graduates chip in for a lottery ticket, but nobody expects to win the fifty-million-dollar jackpot. Doug’s share should be more than enough to buy his freedom, but the town doesn’t want to let their new doctor go. Jackie is the only thing that makes Hopewell bearable; the problem is the more time he spends with her, the more he forgets how much he wants to leave.

When he finally finds a way to escape, Doug realizes he’ll be doing it alone. Jackie doesn’t have much time to show him the life he accidentally created for himself in Hopewell is far better than anything his millions could buy him anywhere else.

Doug moved so he was standing beside Cameron. The sunlight coming through the window highlighted the sweat on Andie’s forehead. “Are you feeling okay, Andie?” he asked.

“Umm.” It wasn’t a yes, but it was an acknowledgement. “Jason, can you read those again, but slower this time?” she asked.

“Andie, did you pick a ticket where we didn’t match one number? I hate those,” Tyler complained.

Doug did too, but he had a feeling that wasn’t the source of Andie’s distress.

Tyler sat up straight and held out a hand, ready to grasp Andie’s biceps in case she toppled over. It looked like a real possibility.

Jason rattled off a string of numbers again.

Andie swayed on the sofa cushion. Tyler’s grip kept her upright. “Jason, move,” Doug ordered. He and Tyler tilted Andie until she lay across the sofa. “Andie, I need you to slow your breathing. You’re hyperventilating.”

“We won,” she gasped. Her blonde bangs were plastered to her forehead.

“How many numbers did we match?” Jason asked.

“All of them,” she said breathlessly.

“Four. Eight. Twelve. Nineteen. Twenty-nine. Forty-seven. Forty-eight.” His voice cracked when he asked, “Did we really get them all?”

Doug wanted to hyperventilate himself. He nodded. Seven out of seven. That was a jackpot win, if it were true. “I think so. Maybe somebody should look on another site. Or run out to the gas station and see what they have posted in case Jason’s app is wrong.”

Scarlett hit the carpeted floor with a thump. Her legs had gone out from under her. “Do you know what the prize is this week? Fifty million dollars. That’s, what, five million dollars each?”

“Four and change,” Freddy said. “There are twelve of us. Andie wrote all our names on the ticket when she bought it.”

He’d forgotten. Doug flipped the narrow sheet and saw the names printed on the reverse. “Let’s not get ahead of ourselves. Who’s going to double-check the winning numbers?”

They checked the numbers again, this time on the lotto’s website using Evelyn’s laptop. Then Cameron and Freddy took a field trip to the gas station. Freddy live-streamed the drive, including a long, in-depth focus on the posted, winning numbers. Scarlett texted Noah, Kirby and Jonathan, ordering them to Evelyn’s immediately. She accepted no excuses.

Fifty-million dollars’ worth of winning numbers. Elle Rush is a contemporary romance author from Winnipeg, Manitoba, Canada. When she’s not travelling, she’s hard at work writing books which are set all over the world. From Hollywood to the house next door, her heroes will make you sigh, and her heroines will make you laugh out loud.

Elle has a degree in Spanish and French, barely passed German, and has flunked poetry in every language she ever studied, including English. She also has mild addictions to tea, yarn, bad sci-fi movies, and HGTV.