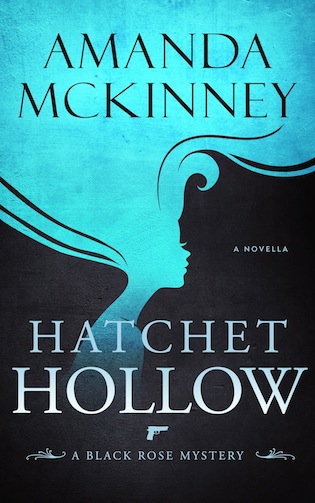 After an afternoon of mind-numbingly boring surveillance in the woods, Private Investigator Raven Cane goes for a twilight jog to clear her head, only to discover a gruesome murder in the town’s most notorious cave, Hatchet Hollow. Minutes later, the impossibly handsome Lieutenant Zander Stone arrives at the scene to take over, but Raven has a hard time letting the case go. Why did the killer cut off the victim’s fingers? More importantly, who would do such a thing?

After a failed attempt at tracking down the elusive Marden Balik, aka, the legendary witch of the Great Shadow Mountains, Zander dives headfirst into Devil’s Den’s most recent murder, only to uncover twists and turns at every step—including a secret book of curses that may, or may not, exist. As the list of suspects grows, Zander does his best to keep Raven at arm’s length. But Raven is persistent, nosing her way into his case, making it increasingly difficult to keep his concentration on the task at hand, and off of her sultry body.

And when another woman is found brutally murdered, Zander worries that Raven has gotten too close to the investigation… close enough to put her directly in the killer’s sights.

A BLACK CROW swooped down from a decaying pine tree beside her, it’s cringing caw piercing the silence of the woods. She shuddered and zipped up her windbreaker.

Abby never liked crows, or birds for that matter. Not since her parents brought her back a rare, extremely expensive—their words, not hers—parrot from Honduras when she was twelve years old. It was one of the many vacations they’d taken without her—needing a break, they’d say—and leaving her with her nanny, Fran, whose hair always looked, ironically, like a bird’s nest, and whose breath could stop a clock. The same nanny who’d tattled on her for leaving a window open, allowing the precious parrot to fly away.

Her father didn’t speak to her for a week, and her mother, only when he wasn’t looking.

But that was a long time ago. That was then, and this was now. She was a woman now, freshly turned twenty-one with her whole life ahead of her. She didn’t need her parents or the shallow gifts they’d showered her with, replacing their inability to show affection. She didn’t need them anymore, just like they didn’t need her. That’s how they always made her feel, anyway.

A cool gust of wind carrying the sour scent of moldy earth swept past her. She glanced up at the cloud-covered sky. Another dreary day. Another stupid, dull day in this small, suffocating, godforsaken town—just like the day before.

She could make her own decisions now, out from under their financial thumb. Go her own way in life.

And her parents would kill her for it.

She stepped onto the jogging trail that snaked through the woods and stumbled on a rock. She looked down at her new black running shoes laced tightly over black ankle socks. Black leggings and a black T-shirt.

She swallowed the lump in her throat.

She’d always been fascinated with the mystical, creepy folktales that were whispered through the Great Shadow Mountains. Spirits, ghosts… witches. Hundreds of stories told during dark nights with no electricity, bonfires with too many drinks, Halloween, or just about any scenario shrouded in darkness. The stories were told with glances over the shoulder and hushed voices laced with fear, and if you listened carefully enough, respect. Respect for the evil forces that could snatch you up in the middle of the night, turn you into a lizard, or worse, curse you and everyone you loved.

Witches who could raise the dead from the earth.

Witches who could take your life.

Respect, power. Those were the two things she was promised when she’d been approached about “turning over a new leaf”. Taking control of her own life—and others if needed. Yes, she would be a part of something now, of something big, she was told.

She took a deep breath, closed her eyes.

Was she apprehensive? Absolutely. But what they’d promised her had been too great to ignore. She’d been a fool to walk away.

She smoothed her black windbreaker.

Black really wasn’t her color, but they had been wearing it—head-to-toe—so she figured she’d better get used to it. There would be so much to learn, they’d explained, and embracing black was a good start, she guessed.

But dammit, it really washed her out. Her pale complexion and light blonde hair—a gift from her mother—looked even more lifeless against the unforgiving color.

Maybe she would take baby steps into the change.

Maybe it would be okay if she wore her red silk blouse and white Louboutin six-inch heels on her date next week.

She couldn’t believe it. Yes, she had been asked out by a good-looking, accomplished man, nonetheless. It was completely out of left field… and only hours after she’d officially committed to “turning over a new leaf.” Coincidence?

She was going to be powerful, respected. Feared.

With an extra pep in her step, she rounded a corner in the trail and spotted her new jogging partner anxiously waiting ahead.

“First mile’s always the hardest. I’ll take it easy on you. Might want to stick those keys in your pocket, though. Uneven terrain.”

“Oh, okay. Yeah.” She nodded, looked down, and as she unzipped her pocket—

Her head snapped back as a fist slammed into her jaw.

Pain rocketed through her skull. Bright lights flashed in her eyes. The metallic taste of blood filled her mouth as she stumbled backward. The world spun around her, sending a wave of nausea through her body as she tried to process what was happening.

She opened her eyes to fuzziness and tried to focus on the movement in front of her. But before she could come to, the next brutal force knocked her out cold. 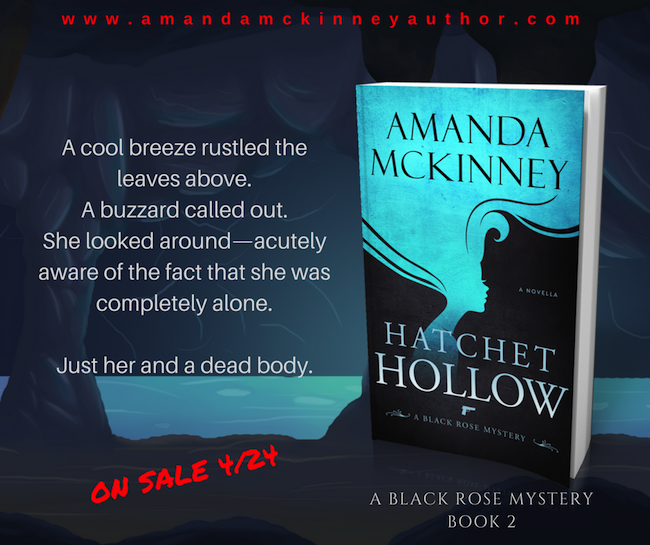 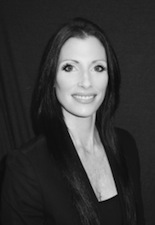 Award-winning author of sexy murder mysteries, Amanda McKinney wrote her debut novel, LETHAL LEGACY, after walking away from her career to become a writer and stay-at-home mom. Her books include the BERRY SPRINGS SERIES and the BLACK ROSE MYSTERY SERIES, with many more to come. Set in small, Southern towns, Amanda’s books are page-turning whodunits peppered with steamy romance. Amanda is a member of Romance Writers of America, International Thriller Writers and Sisters in Crime, and lives in Arkansas with her handsome husband, two beautiful boys, and three obnoxious dogs. Visit her website atwww.amandamckinneyauthor.com