BLOG TOUR – I Broke Into His Office 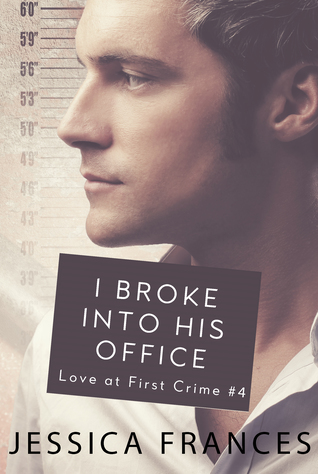 He broke into his office, and had his heart stolen in return.

I broke into his office,
But I didn’t have a choice.
So what if he is good-looking?
So what if he is single?
So what if he is my type?
Why should it worry me that he could easily overpower me?
Who cares if what I’m doing is wrong and illegal?
I can’t second-guess myself, even if there is the possibility of more between us.
The risk is too great.
The threat all too real.
Unfortunately, my life is about to implode,
And the least of my problems is an irate private investigator.
When old threats return,
And new threats—mainly four scary women—attack,
The best thing I can do is just keep my head down and ride it out.
Then, why can’t I stop thinking about him?
Why do I find him so irresistible?
And what happens if I make one mistake and lose him forever?
Because this is quickly becoming far more than either of us could have ever imagined,
And the life and death stakes mean neither of us can mess up.
I can’t believe breaking into his office has led to all this.
Then again, as some people say: there is nothing quite like love at first … crime.

“It’s dark out here,” he grumbles.

I feel a little warmer hearing the concern in his voice.

“I make sure all the workers leave in groups. No one is allowed to walk out here alone, and we have an open group chat where everyone writes in once they get home safely,” I assure him, never having a problem in the four years I have had this restaurant. Everyone knows my rules. Even the lunch staff adhere to them.

“How about you?” he asks, tightening his arm around my shoulders.

“I sometimes leave with the others, but …” I give a small shrug. “I only live around the corner,” I finally explain.

I understand why Harvey is bringing this up since he’s all about protection and noticing dangers, but what I don’t expect is that the one night I walk home with Harvey is also the night we are jumped.

Hands grip us both, separating us as three dark shapes surround us. I barely see a thing before a foot connects with my knee and I lose my balance. Then I’m kicked in the chest, losing my breath, only to then be hit in the face hard enough to see stars.

I try to think through my panic, my body shaking as I hold up my hands to protect my face from the next hit, but it doesn’t help when I’m dragged backward and thrown into a wall.

My back hits the hard surface before I collapse. The snow soaks into my clothes as I feel a surge of anger rush through me.

I leap to my feet and clock the guy who threw me. He clearly isn’t expecting it and is furious when I make contact. However, he is built like a tank, and though I do knock his face to the side, his actual body doesn’t move an inch. My hand, marginally protected by my glove, aches from the impact.

I gulp, feeling way over my head, and spare a glance to Harvey, who seems to be holding his own better than I am, fighting two men.

The next second, I’m shoved back against the wall, a hand over my throat. He isn’t holding me tight enough to choke me, just forcing me to stay in place.

I kick the guy in the shins, attempting to knee his groin, but he leans back. Then something sharp scrapes my cheek, and I freeze.

“What do you want?” I wheeze out, still struggling to breathe after the hit to the chest. “My wallet is in my pocket,” I offer, dread building inside me when I consider this is a mugging.

“I’m not after your money,” the man snarls, his face in shadows.

“See your boyfriend over there?” he asks, leaning back so I see Harvey on the ground, one man holding him down while another punches him in the gut.

“Let him go!” I shout, fearful because he’s no longer fighting.

“He had a hit out on him—a hundred large for anyone who could kill him—but that disappeared a few hours ago,” he explains while I struggle to follow. “Mr. Conway wiped the hit off. But he wanted you to see how easy it is to get to you both. He wanted you to see how simple it would be for me to take this knife”—he drags the sharp edge across my cheek, cutting me and causing warm liquid to spill down my face—“and shove it through his heart.”

“No,” I beg, to which he laughs like he finds this conversation amusing.

I hold my breath, waiting to hear what the condition is, because I know there is going to be one.

“Mr. Conway is going to call you soon. Make sure you answer it.” With that, he pushes off me, and I collapse back down to my ass. He whistles at the other two men, and they step away from Harvey, who immediately curls into a ball, groaning. 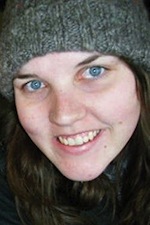 Jessica lives in Adelaide, South Australia. When she is not writing, you can find her reading, napping or watching excessive amounts of TV. Connect with her on Facebook and Goodreads.