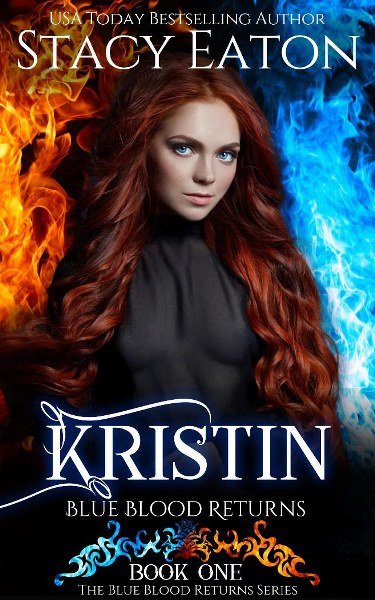 It’s been forty years since the gang was together in Blue Bloods Final Destiny, and many things have changed. Lives have been lost, mates are different, and the breed is on the verge of war. This war isn’t just between the two factions within the vampire race, but now includes the humans who have learned of their existence.
With the Mistress, Kristin, at the helm, the tension is growing, and the elders are pushing for a change. The U.S. government wants information on the breed, and Joseph Portage, Kristin’s enemy, is lurking in the shadows.
Hugh McMurphy heads a human task force that is determined to get the vampire race under control and learn what they can do. When Kristin and Hugh find themselves pulled toward one another, the only option is to make Hugh her human consort.
It’s not until she tastes his blood that she realizes Hugh is more than originally thought, and with Portage’s men wreaking havoc on the town, she realizes that something drastic needs to happen.
Can Kristin and the new gang figure things out before a major transition occurs, or will Kristin and her sister get blindsided by the taste of blood?
Kristin, book 1 of The Blue Blood Returns is an adult paranormal romance with sexual situations, violence, language, and does contain a cliffhanger that leads right into the second book, Hugh.
While this is a new series, it does spin off of the My Blood Runs Blue Series.
Add to Goodreads
Amazon * Apple * B&N * Google * Kobo 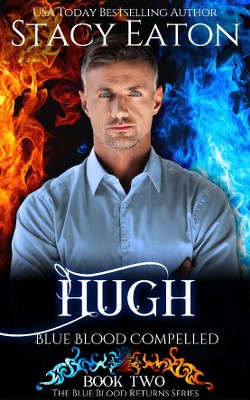 Take a short trip back in time to find out how Hugh got involved with his special task force and then learned about the hidden society before he was summoned to meet with Joseph Portage and began a new mission.
Kristin knows that there is more going on than meets the eye with Hugh. Now she not only has to deal with the issues of the breed, but also the secrets of her new and powerful mate. A warning from an old friend not taken seriously will put Kristin in a tailspin as the past and present converge in the flash of the strobes and the thump of the base.
With the rest of the VMF gang working to find Portage and protecting Kristin, there are ups and downs for all of them, but Josh is hell-bent on figuring out what Hugh’s secret is.
Portage has his way in now, but that is only step one of his plan to control Kristin and take over the breed. While Zander continues to get frustrated with the dreams and his father, he finally decides to take off on his own and figure things out. It’s not until he arrives in Philadelphia that he will start to find answers—but they will change everything.
Add to Goodreads
Amazon * B&N * Kobo
My Blood Runs Blue Series 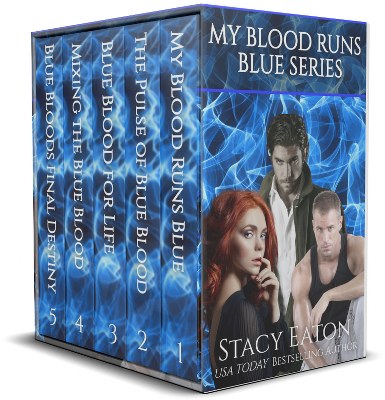 Stacy Eaton is a USA Today Bestselling author and began her writing career in October of 2010. Stacy took an early retirement from law enforcement after over fifteen years of service in 2016, with her last three years in investigations and crime scene investigation to write full time.
Stacy resides in southeastern Pennsylvania with her husband, who works in law enforcement, and her teen daughter. She also has a son who is currently serving in the United States Navy, and two grandchildren.
When Stacy is not writing, she enjoys photography and relaxing on the beach.
Website * Facebook * Twitter * Instagram * Pinterest * LinkedIn * AllAuthor * Bookbub * Amazon * Goodreads * Newsletter * Audio Only Newsletter