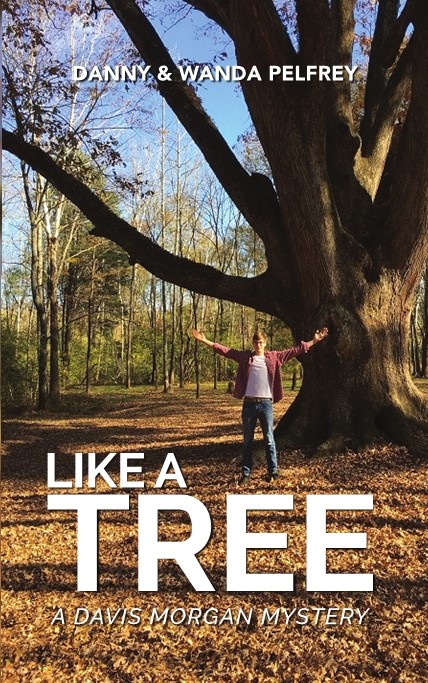 The movie industry spreading across Georgia has finally made its way to the little foothill village of Adairsville. Bookseller and police chaplain, Davis Morgan along with a young female clerk discover the body of a member of the movie company on a historic site at the foot of a large oak tree. Davis, despite his promise to his wife, cannot resist investigating the mystery. He and his young pal, policeman Charley Nelson, quietly dig into the case even though it is officially under the jurisdiction of the county sheriff. There is no shortage of suspects: the mysterious red headed man, sister of the victim, the fiancée and others. During the investigation an already troubled Charley is framed for a drug crime, and Davis receives word that an old enemy is on his way to Georgia after escaping from prison to make good on a threat against him. Late one afternoon it all comes to an astonishing conclusion beneath the same sprawling oak where it started.

THE IMPORTANCE OF SETTING TO THE COZY MYSTERY

I once asked a writer’s workshop leader who was both a writer and an attorney, “Am I walking on thin ice by using my hometown as the setting for my series of mystery novels?”

Her reply was, “Probably not, but to be safe, I think I would change the name of the town in my story.” It was too late. By then, two of the four Davis Morgan Mysteries had been published with Adairsville, Georgia as the setting. There was no turning back. That workshop leader later informed me if I was not sued within one year of the release of the book, I was safe. I sort of hold my breath for one year after each book comes out. So far, no law suits.

The history of our city as well as its landmarks are everywhere in the stories, but I am extremely careful to create characters who are not even close to being like their actual counterparts in town. For example, if the police chief is young and thin, the one in my book will be overweight and ready to retire. If the mayor in our town is loud and extroverted with a thick head of hair, the one in the story will be timid and bald.

When my wife and I started writing the series, one of the things we decided we wanted to do was promote our little town of five thousand people. Its history is long and fascinating, and many of its landmarks are exceptionally interesting. More people need to know about such a charming place. I’m not sure if we have accomplished that as well as we hoped, but the setting has enabled us to generate a lot of new local fans for our books. I’ve seen no sells records, but since I own the only bookstore in the immediate area, I can tell you that our books outsell John Grisham, Stephen King and James Patterson locally. I haven’t fooled myself into thinking that is because we are better writers than those gentlemen. Locally, people like our setting far more than the faraway places used by those more famous authors. It is my opinion that the setting can become another major character in a work of fiction.

Not long ago a lady told me her mother, who is getting on in years, having always been a resident of our town is now confined to a bed in a nearby nursing home. The lady informed me that her mother gets out of sorts if her granddaughter does not show up to read to her at least once a week. “The only thing Mother will let us read to her is one of your mysteries. She loves it when she recognizes the places you write about,” I was told.

A group of ladies from Dalton, Georgia, which is thirty miles up the road. became interested in our Davis Morgan stories. They decided they wanted to see the places they were reading about. One day they came to Adairsville for lunch at the 1902 Stock Exchange, a prominent Davis Morgan spot. Then my wife, Wanda, took the six ladies on a Davis Morgan tour in which they saw ten or twelve locations they remembered from the book. Wanda anticipates giving other such tours in the future.

Several years ago, when the Mitford books were so popular, I would occasionally see bumper stickers that declared, “I’d Rather Be in Mitford.” I visualized “I’d Rather Be in Adairsville,” bumper stickers on cars across our nation. All because of our books. It hasn’t happened so far, but it’s not over yet. The fourth Davis Morgan Mystery, LIKE A TREE has just been released and we are starting a new series with new characters, but in an old location. The new series will also be set in Adairsville. 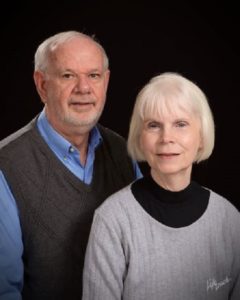 Danny & Wanda Pelfrey are a husband/wife team who in the past wrote helpful non-fiction books and material. Recently they have turned to producing “mysteries with a message.” Their stories are usually set in a small southern town in Georgia called Adairsville. Danny grew up in a poverty situation where he was often without access to TV for entertainment so he found books. It was not unusual for him, in his high school years, to read three or four books a week. So his love affair with books developed early. Danny received a degree from Point University and a Master of Ministry from Kentucky Christian University. He spent many years serving pastorates with churches in several states. Danny is a member of American Christian Fiction Writers. Wanda started her writing career writing curriculum for various publishers. Among books she has authored is the popular, MAKING THE MOST OF YOUR CHILD’S TEACHABLE MOMENTS. She spent twenty-four years as a primary teacher in a Montessori school. She enjoys quilting and has never lost her love for reading. The Pelfreys have two daughters and five grandchildren. LIKE A TREE is the fourth Davis Morgan Mystery on which they have collaborated.

March 30 – Escape With Dollycas Into A Good Book – AUTHOR INTERVIEW

April 5 – Here’s How It Happened – REVIEW