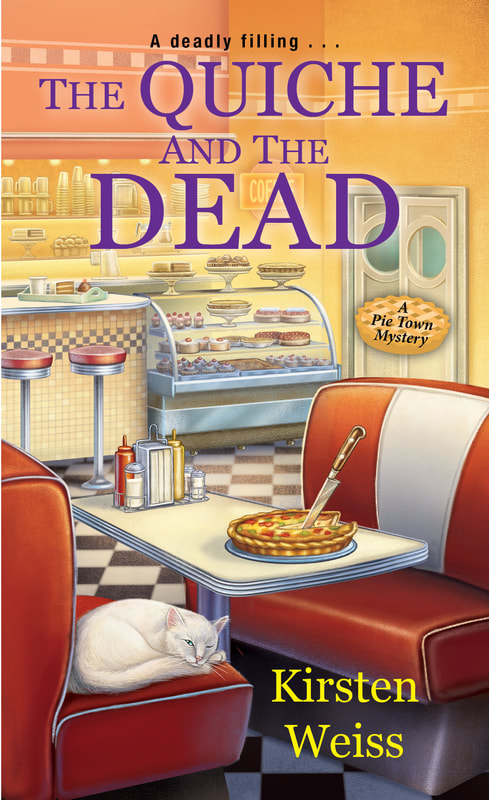 The Quiche and the Dead
A Pie Town Mystery Book 1
by Kirsten Weiss
Genre: Cozy Mystery

Is Val’s breakfast pie the quiche of death?
Owning her own business seemed like pie in the sky to Valentine Harris when
she moved to the coastal California town of San Nicholas, expecting
to start a new life with her fiancé. Five months—and a broken
engagement—later, at least her dream of opening a pie shop has
become a reality. But when one of her regulars keels over at the
counter while eating a quiche, Val feels like she’s living a nightmare.
After the police determine the customer was poisoned, business at Pie Town
drops faster than a fallen crust. Convinced they’re both suspects,
Val’s flaky, seventy-something pie crust maker Charlene drags her
boss into some amateur sleuthing. At first Val dismisses Charlene’s
half-baked hypotheses, but before long the ladies uncover some shady
dealings hidden in fog-bound San Nicholas. Now Val must expose the
truth—before a crummy killer tries to shut her pie hole.
Add to Goodreads
Amazon * Apple * B&N * Google * Kobo 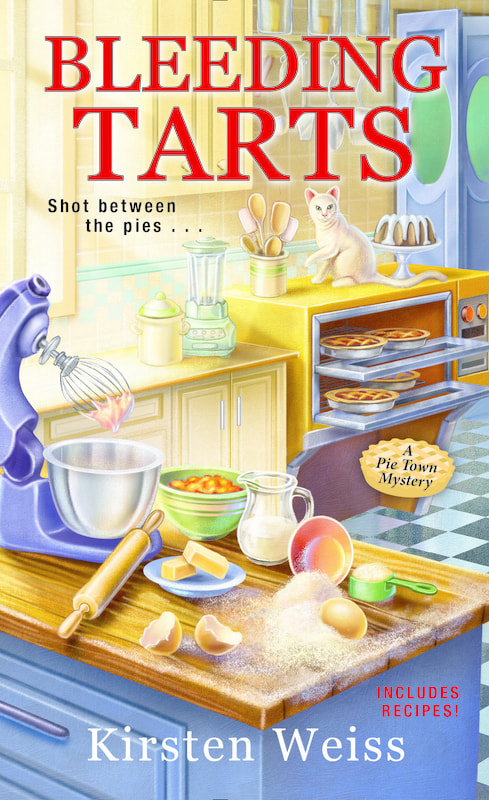 Val’s new pies are foolproof—but not bulletproof.
Old West ghost towns are as American as apple pie. So what better place
to sponsor a pie-eating contest than the Bar X, a fake ghost town
available for exclusive private events on the edge of Silicon Valley.
Valentine Harris is providing the pies, hoping to boost business for
her struggling Pie Town shop and become a regular supplier for the Bar X.
But no sooner does she arrive in town than a stray bullet explodes the
cherry pie in her hands. And the delicious dessert is not the only
victim. Val finds the Bar X bartender shot dead in an alley. Egged on
by her flaky friend and pie crust specialist, Charlene, Val aims to
draw out the shooter. But solving a real murder in a fake ghost town
won’t be easy as pie. And if Val doesn’t watch her back, her pies
won’t be the only thing filled full of lead . . .
Add to Goodreads
Amazon * Apple * B&N * Google * Kobo 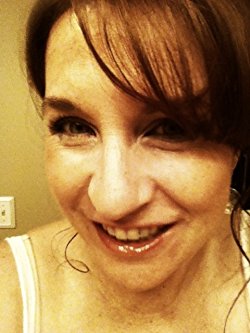 Kirsten Weiss worked overseas for nearly fourteen years, in the fringes of
the former USSR and in South-east Asia. Her experiences abroad
sparked an interest in the effects of mysticism and mythology, and
how both are woven into our daily lives.
Now based in San Mateo, CA, she writes genre-blending steampunk suspense,
urban fantasy, and mystery, blending her experiences and imagination
to create a vivid world of magic and mayhem.
Kirsten has never met a dessert she didn’t like, and her guilty pleasures
are watching Ghost Whisperer re-runs and drinking red wine.
Website * Facebook * Twitter * Instagram * Bookbub * Pinterest * Amazon * Goodreads