DISCLAIMER: This content has been provided to THE PULP AND MYSTERY SHELF by Premier Virtual Book Tours. No compensation was received. This information required by the Federal Trade Commission. 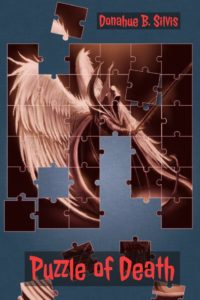 Puzzle Of Death: Detective Mystery Thriller by Donahue B. Silvis

Private Detective Jake Wayde doesn’t know why he received a letter containing a piece of a puzzle. However, he soon realizes that he’s in the middle of a deadly search for ten million dollars in cash and a world changing chemical formula. It’s now kill or be killed. “People are dropping like flies,” says Wayde, “who the hell is killing them?”

It now becomes his task to stop the killing spree caused by the late, vengeful chemist, Dr. Fredrick Rhineman. The renowned chemist had instructed his secretary, that upon his death, to mail prewritten letters containing a pieces of a handmade puzzle, to the twelve people he hated and the ambassadors of China, Saudi Arabia, Iran and Russia.  As the letters are received and opened, they instruct that when assembled, the puzzle pieces will reveal the whereabouts of a deadly world-changing chemical formula and ten million dollars in cash.

“There is occasional cursing and sexual situations plus extreme violence. If you are adverse to those don’t read it. If you choose to read it, don’t give it a low review rating for the reasons cautioned here. You were clearly warned.  Puzzle of Death has a large, interesting cast of support characters; there is a U.S. Senator an ambassador, FBI agents, Detroit mobsters, multiple torturers/killers, and Iranian secret agents.  I enjoyed the story and recommend it to readers who can stand the stench of violent death.  The plot is excellent, and sentence structure and character development are okay.”- Vigilant Reader

“Wow! What a fantastic book! I could not put it down. There were so many twists and turns. It was a very different and unique book!”-Musiclover, Amazon Review

“I f you don’t mind the blood and guts, the story line was different and definitely a page turner. 5 Stars”-Janet, Amazon Review

“The “who dunnit” in “Puzzle of Death” did keep you guessing. Clever outcome.”-Hummingbird, Amazon Review

Guest Review of the Book

Puzzle Of Death: Detective Mystery Thriller by Donahue B. Silvis

Twelve people receive a letter with a handmade puzzle piece from renowned chemist, Dr. Fredrick Rhineman after his death.  He instructs them to put the pieces together to reveal the whereabouts of a deadly new chemical and ten million dollars. Private Detective Jake Wayde doesn’t know why he received a letter with a puzzle piece but it becomes apparent very quickly that he must find the chemical and money.  It becomes a game of” kill or be killed.”

The plot is fresh with so many twists and turns.  The characters are well thought out and original as well.  I couldn’t wait to turn each page.  I think ‘Puzzle Of Death’ would make an excellent movie.  In fact, that is how I saw it in my mind as I was reading it.  It is more violent than books I normally read but I was forewarned and after reading the description, I was convinced I had to read it.  I am so glad I did.  It was hard not to look away at times due to the graphic violence yet the writing was so engaging.  I highly recommend it to readers who love detective novels and give it 5 stars.

While in college, for credits, I worked at a movie studio. I began writing screenplays. For years they lay idle. Then I started converting the scripts into novels.

During the writing of the second novel, while doing hours of endless research on the computer, I felt I had written something that would interest the public. I learned about Amazon and seven novels later I am still self-publishing.

I want them to appreciate that they’re not reading filler paragraphs, and realize there’s constant action. Also, I try to add a bit of history or have them learn something new.

The writing itself is rewarding. Plus, I am learning both about writing and from my research.

The challenge is getting started. I also find it difficult to follow the outline I’ve laid out.

Don’t!  Seriously, it is difficult to become a movie star. Becoming a star athlete is difficult. To become a successful writer is ever more difficult. The doors of agents and publishers are tightly shut.

My emails are opened. My telephone is answered. My door is always ajar.

About Donahue B. Silvis 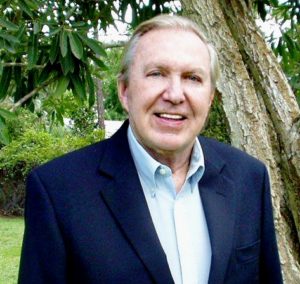 Donahue B. Silvis is an alumnus of the renowned Pasadena Playhouse. He graduated from Florida Atlantic University majoring in film study and creative writing.

As a member of Screen Actors Guild (SAG), he has worked in movies as an actor and screenwriter. Donahue has written six novels, three screenplays and one illustrated children’s book. Now retired, he continues writing and promoting his novels and screenplays, while residing in Naples, Florida with his wife, Katie.

This giveaway is open worldwide and is for one ebook copy.  It ends on July 27, 2018 at midnight Pacific time.  Entries are accepted via Rafflecopter only.

Teddy Rose Book Reviews Plus May 30 Kick Off 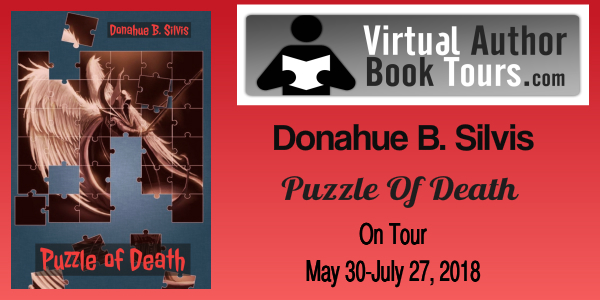