DISCLAIMER: This content has been provided to THE PULP AND MYSTERY SHELF by Book Unleashed. No compensation was received. This information required by the Federal Trade Commission. 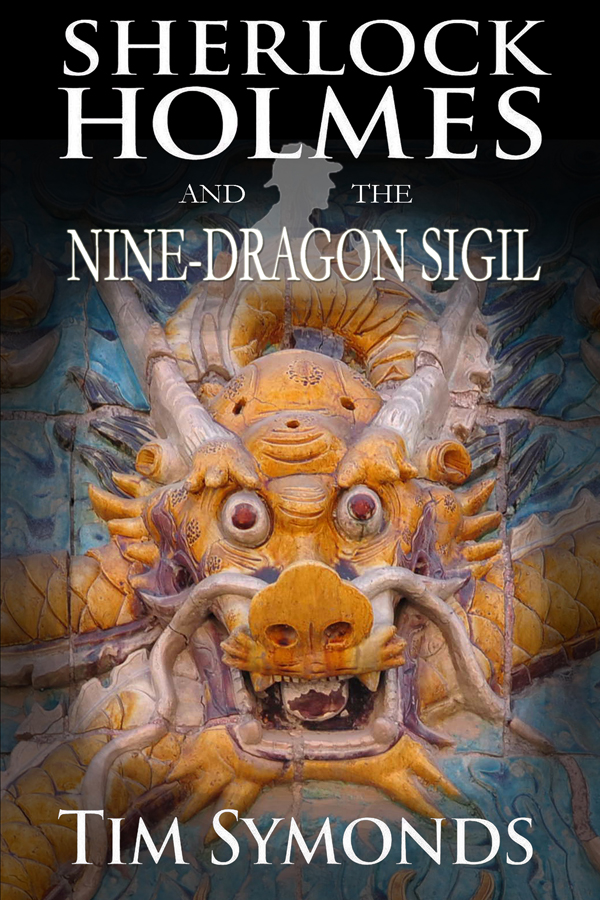 Rumours abound that a deadly plot is hatching – not in the fog-ridden back-alleys of London’s Limehouse district or the sinister Devon moors of the Hound of the Baskervilles but in faraway Peking. Holmes’s task – discover whether such a plot exists and if so, foil it. But are the assassins targeting the young and progressive Ch’ing Emperor or his imperious aunt, the fearsome Empress Dowager Cixi? The murder of either could spark a civil war. The fate of China and the interests of Britain’s vast Empire in the Orient could be at stake.

Holmes and Watson take up the mission with their customary confidence – until they find they are no longer in the familiar landscapes of Edwardian England. Instead, they tumble into the Alice In Wonderland world of the Forbidden City.

At last the plot commences…

Peking. The following morning my medical services were called upon in a most unexpected way. I dropped in on Holmes to tell him about it. Although it was by now mid-day my comrade was still in his purple dressing-gown, seated cross-legged on a hard, flat cushion covering a kang, a long rectangular fireproof brick structure the height of a bed. Ancient Egypt was engaging his interest. Not content with learning the six fiendishly difficult types of Chinese logographs, the book he held indicated he was now deep into the Coptic script.

A hand appeared from one side of the book waving me to a sofa. ‘I trust your morning has been of interest?’ I ventured.  He continued to attend to matters Coptic.  With a soupçon of self-importance I said, ‘Certainly mine has been of great interest. I have just returned from treating a patient.’ ‘Indeed?’ came the muffled reply. ‘How unusual for a medical doctor. Did you know that Coptic and Demotic Egyptian are grammatically closely related to Late Egyptian?’ ‘A rather important patient,’ I retaliated.  I waited a moment or two.  ‘My patient,’ I added, ‘was the ninth Ch’ing emperor to rule over China.’ My comrade managed another ‘Indeed?’ without a sideways or downward movement of the book. ‘Yes, the Kuang-hsü Emperor himself,’ I continued.

The book moved sideways a fraction.  ‘I deduce,’ Holmes responded, ‘you intend to throw aside all concern for your Royal patient’s confidentiality. Given the undeniable truth of the Watson family byword, that ‘brevity is the soul of wit’, I shall ask for what ailment?’ ‘A broken eardrum,’ I replied. ‘Suffered only this morning. Aboard his steam launch. Luckily my otoscope survived the long journey here. I’ve patched up the ear with cotton-wool and a bandage and told him to rest for a few days.’

I related how a young eunuch wearing the crystal button and feather of the fourth rank had arrived at the end of my morning surgery. The Emperor needed me at once. A covered litter waited in a nearby alley to take me incognito to his Palace. Secrecy was enhanced by a long, heavy, white silk Chinese gown to cover my European clothes and a hat with an attached false pigtail.  ‘I felt like a Jesuit,’ I joked. I described how I had worried that if the Son of Heaven’s sudden affliction meant he was beyond remedy, western medicine would be held to blame if he passed on to the Nine Springs on my watch. Instead, I had found the slight and elegant, if dishevelled figure lying on a splendid couch inlaid with cloisonné, both hands cupped around an ear. The young eunuch was winding the royal pig-tail around the Emperor’s head to keep his hair out of the way for my inspection. When his master turned his head completely around I saw the whole of one side of the face was scorched. Small pieces of black feathers had attached themselves to skin and hair.

‘Holmes,’ I continued, ‘you’d never guess in a thousand years how his ear came to be ruptured.’  My old comrade had a clutch of ways to pull down the house curtain when he wished to be left alone. He murmured, ‘Good of you to warn me, Watson. I doubt if I shall live that long. You have saved me that much time trying to think up the answer.’  The book on Coptic script moved back into place.

I eased myself forward from the comfortable sofa and stood up. With Holmes in such a non-communicative mood there was nothing else for it but to return to my own quarters and continue writing up my Nature notes for Sir Edward Grey. I wouldn’t need to see the Emperor for a day or two. The bandage should help keep the eardrum dry and ward off infection. At most he would suffer hearing loss in the damaged ear until the membrane re-sealed. At the door I mused aloud, ‘The Emperor suffering a broken eardrum is quite a coincidence. He’s the second such patient in as many days. I’ve never attended two patients for this affliction so close together, other than in battle.’

The book fell forward.  ‘A second person?’ Holmes asked. ‘Tut, tut, Watson! Why didn’t you tell me this immediately?’ ‘No more than an odd coincidence,’ I protested. ‘Odd coincidences should be noted with special attention,’ came the instant reply. ‘Tell me more.’ The sudden interest took me aback. Was this Holmes at his sardonic worst?  Warily I repeated, ‘Two in as many days. Yesterday I treated one of the small eunuchs for exactly the same trauma.’ ‘How did it come about?’ Holmes asked, with a keen look. ‘The eunuch’s injury.’ ‘A sharp cuff for misbehaving. People don’t realize how easy it is to…’

‘And the Emperor?’ Holmes interrupted. ‘How was his eardrum broken?’ ‘He was attacked by a crow.’ Holmes brow furrowed. ‘How exactly would a crow… I presume the fellow didn’t let a crow sit on his shoulder and peck through an eardrum?’ ‘An exploding crow. No doubt launched by misguided youths. For amusement the young eunuchs trap crows and attach exploding bamboos to the birds’ legs,’ I explained. ‘‘Exploding bamboos’ is their name for firecrackers. The fuse is lit and the crow released. The wretched animal thinks it’s free and flies straight up into the air. When it gets to about sixty yards into the sky the firecracker detonates, blowing it to pieces. It crashes to the ground, followed by a shower of black feathers. I saw one dispatched this way the other day.’  ‘If the crow flies straight up…’ Holmes began, ‘…how did the one which attacked…?’   ‘In the Emperor’s case it didn’t fly upwards. It flew straight to him and landed on his shoulder at the very moment the firecracker went off.’ As I spoke the words ‘the firecracker went off’ Holmes’s lips tightened. His nostrils quivered.

‘And you say the eunuch’s eardrum was broken by a hard cuffing. Do you know who administered it?’ ‘The E-D’s Chief Eunuch Li Lien-ying.’ Like a spring uncoiling Holmes leapt off the kang. He snatched his outdoor cape from the hat-stand.  ‘Watson,’ he shouted, ‘take me to the Emperor – at once!’

I snorted. ‘My dear fellow, ‘I told him, ‘I realize you’ve been hanging around a lot, waiting for something to happen, but for heaven’s sake don’t start clutching at straws. If the crow was meant to kill the Son of Heaven, I can tell you in two words why it would have to be a plot devized by the most incompetent assassins in all history!’ ‘And those two words?’ ‘Black powder. The firework was filled with black powder. That alone militates against an assassination plot. Most of China’s assassins have been trained by Russian anarchists in Białystok bomb laboratories. Anyone with the slightest knowledge of explosives knows black powder creates a powerful blast of air – enough to break an eardrum – but it would never have sufficient explosive force to kill.’

‘Watson,’ came the sharp reply, ‘by now you should know there is nothing more deceptive than an obvious fact. If I can question the Emperor we may hit upon other ‘obvious facts’ which may by no means have been evident to you.’  At this he swept out of the door.

I called out, ‘Aren’t you a little quick in forming your conclusions? And shouldn’t you change your clothing? That dressing-gown is sticking out from under your cape.’ The words came back, ‘I repeat, Watson, take me to the Emperor – into your coat and come!’ followed by ‘I need to hear the man’s own account of the matter.’ With excitement in his voice, those familiar ever-wonderful words came floating back: ‘Methinks at last the game’s afoot!’

Enter here for a chance to win $10 Amazon Gift Card.

Tim Symonds was born in London, England, and grew up in Somerset, Dorset and the Channel Island of Guernsey, off the coast of Normandy. After spending his late teens farming in the Kenya Highlands and driving bulldozers along the Zambezi River, he moved to California and graduated Phi Beta Kappa from UCLA with an honours degree in Politics.

Get tidbits, excerpts and other interesting, never before published articles about the book. Click here for the latest tour schedule.