Today, we look at SHORE BALANCE.

DISCLAIMER: This content has been provided to SHANNON MUIR’S INFINITE HOUSE OF BOOKS by YA Bound Book Tours. None of it reflects opinions of Shannon Muir. No compensation was received. This information required by the Federal Trade Commission. 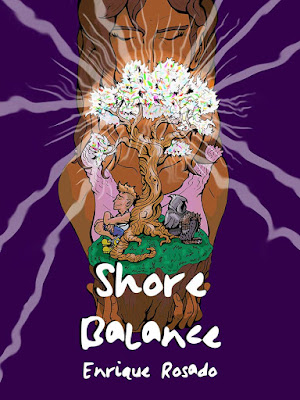 Lahar and Arena have a shot to make it back home, but it comes with a price. Now they must balance Lahar’s magic lessons, getting back home, and the hunt for the magical items that control reality known as the “Balances.” Arena and Lahar are tested as dark secrets will reveal themselves and Void, the monster who lives below the sand, makes his final move. 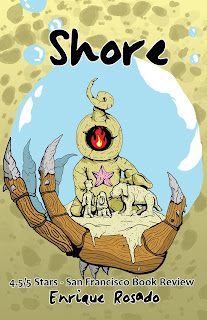 Summary:Lahar’s life was regular- college, work, then binge watch whatever was in her queue. That was until she woke up in a new land. She meets a young wizard named Arena, who has made a home on the beach. With the help of his massive dog and mystical creatures called wisps, she must find a way back home while she fights the forces of a monster who lives among them. Join this Fantasy adventure, with new creatures to see and adventures to be had.

“4.5/5 Stars … a truly quirky and unique read that will be a new favorite for fantasy lovers.” – San Francisco Book Review

I’m Enrique Rosado, a Puerto Rican who grew up on the island for a bit before landing in Killeen, Texas, a town that cultivated me and made me who I am today. Now I find myself in New York City writing any chance I get.