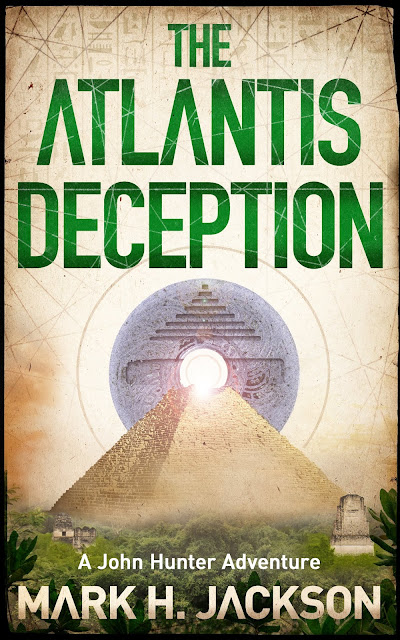 A German property developer, Hans Hoffmann, revels in the belief he
has discovered the key to unleashing the weapon responsible for sinking
Atlantis. Hoffmann requests the help of Cambridge archaeologist, Dr John
Hunter to validate his mysterious find. Hunter’s acceptance leads the
maverick academic on a journey from the headquarters of a clandestine
organisation in England, to a lost city in the heart of the Brazilian
Rainforest, and climaxes inside a chamber hidden deep beneath Egyptian
Heliopolis. Pioneering theory is spliced by epic battles, daring
escapes, and elaborate schemes aimed at unravelling a secret history
hidden from humanity for the past twelve thousand years.Atlantis is a very visual word. A word evoking mystery, forgotten
realms, underwater palaces… the list goes on. I find this Plato inspired
concept of Atlantis fascinating and read anything and everything I can
lay my hands on. The theories are diverse and range from the feasible to
the outlandish, but certain concepts keep reoccurring. The Atlantis
Deception takes the ideas of accepted and alternative theory, weaving
them together to create a believable universe where our past still
dictates our future.

The novel follows the trials and tribulations of a fictional
Cambridge academic, Dr John Hunter. The focus is not on Atlantis itself,
but rather on what happened to its people it the wake of the loss of
their homeland. The Atlantis Deception is a classic action adventure
tale with heroes, villains, shadowy organisations and self-serving
plots, each underpinned by progressive archaeological theory. The novel
is written with the aim of both exciting and making readers think in
equal measure. Although imagined, many of the conclusions the characters
reach are cutting edge and described in such a way so as to blur the
line between fact and fiction. 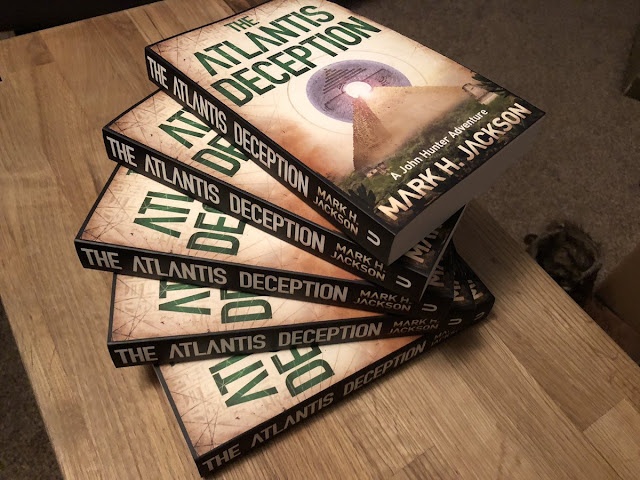 I suppose it must have been my mother initially but I’m not really sure. I loved reading and writing just seemed a natural bedfellow. I remember attempting to write an Enid Blyton style mystery at primary school so I guess it was in me from an early age. I was quite a solitary child and just enjoyed the escapism it offered.

I write mainly within the thriller and adventure genres. They are the genres I have grown up with and can relate to best. I have tried others but always migrate back again. I just cannot write certain styles – particularly romance. I have so much respect for those writing in that field. I can never generate anything other than embarrassing mush destined for nowhere other than a very deep slush pile.

As I said, I grew up with those genres and my bookshelves were always full of Secret Seven and Famous Five books. My interest was cemented during my student years. In what feels like a different lifetime, I studied Archaeology and Ancient History and, although I didn’t deviate too far from mainstream ideas in class, I secretly loved the more alternative versions of our past. I focused on researching topics such as the relationship of the Giza complex to the stars; portolan maps; and the origins of civilisation and religion. It was within this flame the plot for The Atlantis Deception was born.

I guess my big break came via the online writing site, Wattpad. I posted an early draft of, The Atlantis Deception (then called Atlantis Reborn) on the site to find out if anyone would bother reading what I’d written, let alone like it. I worked tirelessly on raising my profile, bugging people on forums and contributing to discussions, whatever the topic. Eventually the hard work paid off – Wattpad promoted me to the rank of featured author, and more importantly advertised my work. Within a year, Atlantis Reborn hit over one million reads with hundreds of amazing comments. I believe these comments and reviews are the reason why my publisher, Unbound eventually picked up the book for publication.

I’m not going to pretend the main goal of my work is anything more than to create a credible piece of escapist entertainment, but if I can achieve that whilst educating and creating a situation whereby my readers can question the rhetoric of the establishment, all the better. I’m not saying we should all be looking for conspiracies under every rock, only that it is sometimes worth enquiring as to why certain rocks are harder to lift…

Aside from the beer money (literally all it is), the process is an escape for me. I can go into my head and lose myself in a place where the only limit is the scope of my imagination. All my day to day worries take a back seat while I create a new world, albeit a new world with different problems that need solving!

At the moment, it’s just finding the time to engage. I’ve got a little boy who’s nearly two and he can’t understand why he can’t just sit on my lap and tap at the keys like Daddy! In terms of the process itself, I would class myself as a pantser. As a result, sometimes the plot can get away from me and I have to engage in the occasional deep edit to get myself back on track.

If you want to do it then go for it – write something you would want to read yourself and then attack it with all you’ve got! Most importantly, don’t quit at the first sign of trouble – stick with it until the bitter end. Writing is hard and there are already far too many half-completed manuscripts hiding in drawers around the world – you don’t need to add to them.

I tend to read the same genre that I write, for pleasure and research. My favorite authors at the moment include Steve Berry, Andy McDermott, Clive Cussler, Scott Mariani, David Gibbins, Michael Crichton, and Robert Harris. They are all masters of their craft.

I once appeared on stage in London’s West End with the Blue Man Group. An interesting experience to say the least!

Thank you so much for giving me this opportunity to interact with my readers and potential readers. I am always available and willing to discuss my work or wider questions in general. Please do not hesitate to get in touch via the following mediums and thank you again for taking an interest in my work. 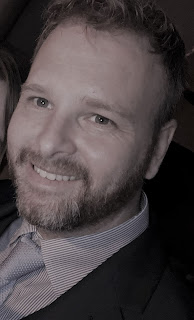 Mark H. Jackson is a qualified solicitor who splits his time between
protecting the rights of academics, writing thriller fiction and raising
five mostly lovely children. He studied Archaeology and Ancient History
at the University of Birmingham with a nod towards alternative theory,
focusing on the relationship of Giza complex to the stars; portolan
maps; and the origins of civilisation and religion. It was within this
flame the plots for his future novels were born.Mark’s writing career extends back over a decade and his diverse
portfolio includes three novels, a number of short stories and even a
six-part sitcom. Long listed for the Amazon Breakthrough Novel Award, he
is currently a featured author on the popular writing website, Wattpad,
with over 6,000 followers from all around the world and well over one
million reads of his first novel. Aside from Wattpad, Mark is an active
member on a number of other writing websites, spending his spare time
offering editorial and structural advice to fellow authors. Up to now
Mark has considered writing as a creative outlet for the myriad of
characters and ideas roaming about his head. The time has come to tease
them out of hiding and breathe a little life into their lungs.

His latest book is the adventure/thriller The Atlantis Deception.