The SHANNON MUIR’S INFINITE HOUSE OF BOOKS column on Mondays and Wednesdays is a place at Shannon Muir’s author website open to interviews and guest posts from other authors. One thing Shannon firmly believes in for readers not only to learn about new books available, but about those who craft the tales behind them. As its name implies, SHANNON MUIR’S INFINITE HOUSE OF BOOKS weekly column features writers from all genres of fiction who want their potential audience to get to know them, and their works, better – and occasionally may offer features from Shannon herself that support readers to discover words.

Today, find out more about THE DAWSONS.

DISCLAIMER: This content has been provided to SHANNON MUIR’S INFINITE HOUSE OF BOOKS by Pump Up Your Book Tours. No compensation was received. This information required by the Federal Trade Commission. 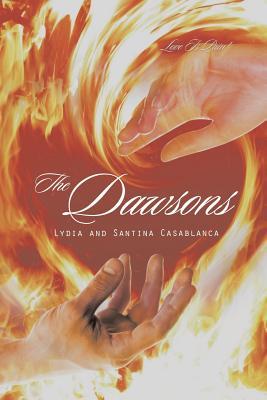 We initially started writing songs which we wrote to express our emotions, and because we loved music and singing. Then we started writing scripts that officially started in high-school because of an assignment that we had to do. We loved acting and movies and writing and all that kind of stuff within the entertainment industry so it came easy to us. We realized that we absolutely loved creating our own stories. When we were 14 we decided to write down the stories we had created when we were little. We used to play when we were kids and the stories we had come up with we didn’t want to forget so we started writing it down. And we found our true calling.

We wanted to share our story with the world as soon as we realized how unique and special it was. We want to write for a living because we love writing so much and being a part of that world. We wanted to have all the rights to our work so we decided to self-publish just before the manuscript was completed. It was something we talked about for years. The only thing that held us back for so long was the fact that we needed time to save money, and the manuscript for The Dawsons hadn’t been finished. It was a hell of a long process and took years of dreaming and hard work, but we got there in the end.

Hearing, seeing and reading the love from our readers. It truly is a magical feeling.

The most challenging part is editing. Just trying to make our work as perfect as possible can be really hard at times, and so frustrating.

Do your research. We can’t stress that enough. Know what is involved before you start, because there is a lot. It’s not just about writing a story. Funny enough, that is the easy part and definitely the most fun.

Witnessing
the horrific demise of everyone he knew and loved has made Derrick
Dawson strong, but it has also made him cold and broken. Tormented by
his past and fears for the future, Derrick drowns himself in alcohol and
drugs to dull the pain he can’t seem to escape. When Rose, the
granddaughter of his sworn enemy, suddenly appears in his life, his
world turns upside down. The wall he has built to protect his heart is
crumbling. Will Derrick ignore what he feels or will he let the wall
fall?
Francesco has felt
alone and miserable all his life. The loss of his family and the
harshness he receives from his constantly intoxicated older brother has
left a void inside him that he thought he would never fill. Until a
young princess named Rosa stumbles into him and changes his life
forever. There’s only one thing that stands in his way—King Antonio has
forbidden Rosa to have anything to do with a Dawson. 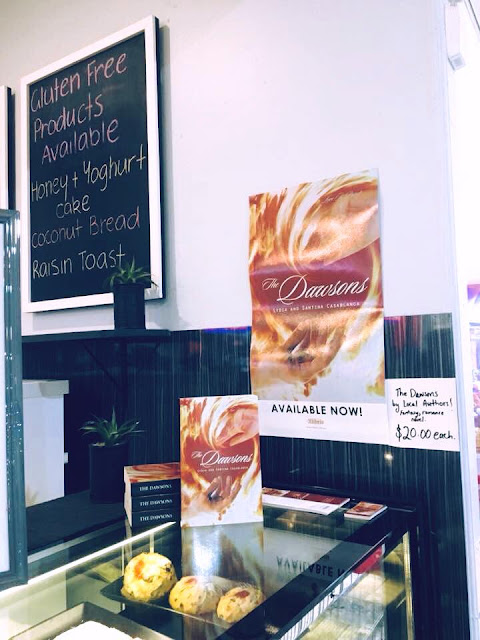 INTRODUCTION
There is a world like no other, a world where anything is possible, where no
mortal walks—or lives. This world is on a planet called Magika, a place like
Earth with the same identities, the same personalities, and the same countries.
The only difference is the people on Earth are mortal, and the people on Magika
are witches, which makes things very different. All kinds of beings and
creatures—any supernatural thing you can think of—live on this bizarre planet.
Mortals aren’t allowed to visit Magika; nor do they even know that the planet
exists. Though it’s located close to earth, Magika is barely possible to find
in space, given that it’s invisible to the mortal eye. If somehow a human were
to miraculously figure it out and enter the magical land, the rulers of Magika would
make sure he or she never returned. Mortals can never know Magika exists; their
knowing would change everything, and drastic measures would have to be taken.
The only way in or out of Magika is through several portals around the
world, and they open only once a year at twilight. Witches in books and movies
on Earth are nothing like witches in the witch world. On this planet, witches
fly without broomsticks and heal quickly. They are given a gift from an angel
on the day of their birth, but they also receive a curse by a demon on the same
day. The only way to get rid of the curse is to kill the demon who gave it.
However, if you do get rid of the curse, you will gain another. Witches senses
are heightened. Their eyes and hair can grow any colour. They will never age
and can never die, unless they are given the curse of mortality. Child witches
usually grow faster than do mortal children. You can never tell how old a witch
may be, and it would be better not to guess, if you know what we mean.
And so our story begins one night on the shores of Casa
Palace. 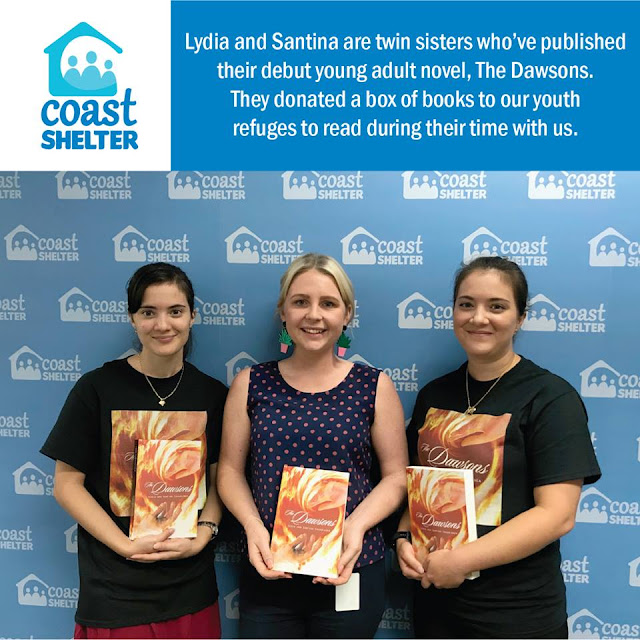 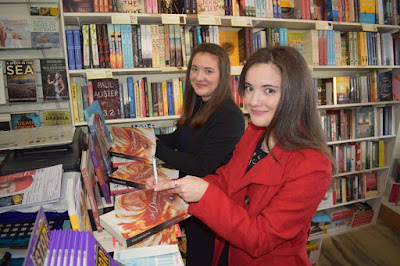 Lydia and Santina Casablanca are twin sisters who were born in
Brisbane, Queensland Australia. They grew up mostly in New South Wales,
moving around all the time and never staying in one place for more than
three years. Growing up, Lydia and Santina were left at home a lot with
nothing to do while their mother worked to provide for them. The twins
had wild imaginations and would often play make believe where they lived
in this world where only the supernatural inhabited it. They made up
all kinds of characters and story lines, and in doing so they did not
realize that they were creating magic.

While writing their book they were suddenly aware that they had a
passion for it, and realized they didn’t want their stories to be
hidden, to just be shared between themselves. They wanted to share the
families they had created, the adventures, the characters with the
world. The twins wanted to share their love of writing, their magic and
write for a living.

Lydia and Santina worked on their first novel (The Dawsons) for ten
years, adding to the story, maturing and professionalizing it, editing
it and trying their best to make it as perfect as a manuscript can be
before they approached the self-publishing company Xlibris in October
2016. The twins knew that self-publishing a book is not cheap so they
saved up for years, working at Gloss Cosmetics, Coles, etc. to earn the
money that would help them to publish their first novel.

Lydia and Santina’s book “The Dawsons” was finally self-published
with Xlibris Publishing in April 2017. The twins went through a crazy,
exhilarating ride making their book a reality, and haven’t regretted
taking all the nerve-racking risks in the hopes of being successful.
They have been trying to get as many people as possible to know about
their book, contacting radio and television stations, bookstores,
newspapers and social media in the hopes that their dreams will come
true.
The twins are now 24 years old and are living on the Central Coast,
New South Wales. Lydia is currently working on the second installment to
The Dawsons. She is also working on the first novel by contacting
anyone she can to popularize their book. Santina helps Lydia with the
marketing of The Dawsons whenever she can.