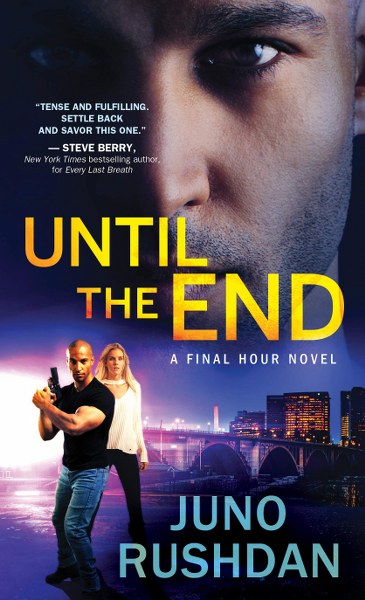 He’s strong. Fierce. Relentless.
And he may be her only chance of surviving the night.
Gray Box operative Castle Kinkade always gets the job done, no matter how tough the assignment. But when he agrees to protect white-hat hacker Kit Westcott, Castle’s loyalty is tested like never before. Trapped in the closest of quarters, protective instincts flaring, he can feel the ice surrounding his heart melt…and he knows he’d do anything to keep Kit safe.
Even defy the rules that shaped his life.
Castle is the last person Kit should confide in, let alone be attracted to, but he’s the only ally she has left. Under threat of imminent attack—and a chilling conspiracy that hits too close to home—Castle and Kit are forced to put their hearts and lives on the line…and stop at nothing to face the greatest danger the world has ever known.
Add to Goodreads
Amazon * Apple * B&N * Google * Kobo 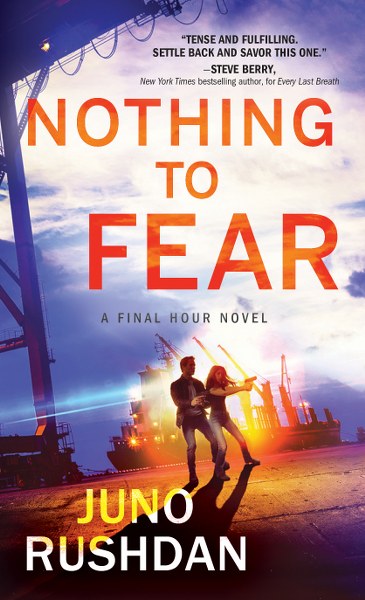 Nothing to Fear
Final Hour Book 2

The clock is ticking
Fearsome Gray Box operative Gideon Stone is devoted to his work and his team. He’s never given reason to doubt his loyalty…until he’s tasked with investigating Willow Harper, a beguiling cryptologist suspected of selling deadly bio-agents on the black market.
He knows she’s innocent. He knows she’s being framed. And he knows that without him, Willow will be dead before sunrise.
Thrust into the crossfire of an insidious international conspiracy, Gideon will do anything to keep Willow safe…even if that means waging war against his own. With time running out, an unlikely bond pushes limits—and forges loyalties. Every move they make counts. And the real traitor is always watching…
**On Sale for only $1.99 June 9th-22nd!! ** 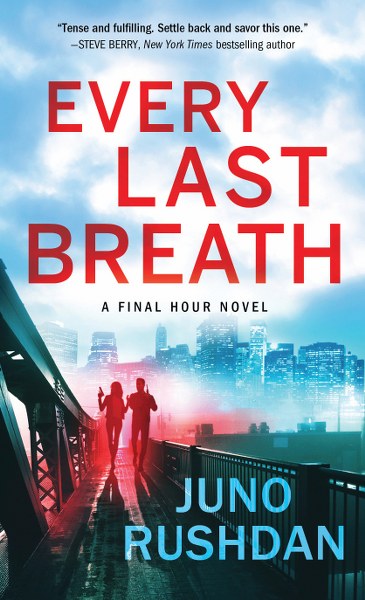 An Amazon Best Book of 2019 So Far!
“Juno Rushdan is the real deal. Every Last Breath is an electric combination of heart-stopping thriller and swoon-worthy romance.”—LEXI BLAKE, New York Times bestselling author
48 hours, 2 covert operatives, 1 chance to get it right
Maddox Kinkade is an expert at managing the impossible. Tasked with neutralizing a lethal bioweapon, she turns to the one person capable of helping her stop the threat of pandemic in time: the love of her life, back from the dead and mad as hell at her supposed betrayal. Recruiting Cole to save millions of lives may be harder than resisting the attraction still burning between them, but Maddox will do whatever it takes…even if it destroys her.
When Maddox crashes back into Cole Matthews’ life, he wants to fight back. He wants to hate her. But the crisis is too strong to ignore, and soon the two former lovers find themselves working side-by-side in a breakneck race to stop a world-class killer with a secret that could end everything.
The clock is ticking.
A race-against-time romantic thriller, perfect for fans of JD Robb and Mary Burton!
**Get it FREE June 9th-22nd!!** 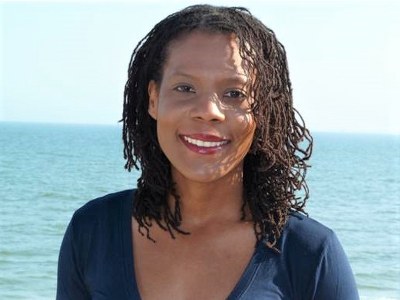 Juno is a veteran Air Force Intelligence Officer who writes romantic thrillers with sizzle, pulse-pounding suspense, and plenty of action. Her stories are about strong heroes and gutsy heroines fighting for their lives as well as their happily-ever-after. Expect an intense emotional journey and a thrill ride to keep you turning the pages.
A native New Yorker, she currently lives in the Washington, DC area with her patient husband, two vivacious kids, and a spoiled rescue dog. Juno loves hanging out with readers and anyone friendly over a great glass of wine.
The Final Hour series features a covert, off-the-books unit sanctioned to operate beyond the black and white constraints of other intelligence agencies. They work in the shadows safeguarding national security. When a horrifying conspiracy hits too close to home, they’re the last line of defense. They’ll do anything to keep their country safe and sacrifice everything for the ones they love.
Website * Facebook * Twitter * Instagram * Bookbub * Amazon * Goodreads