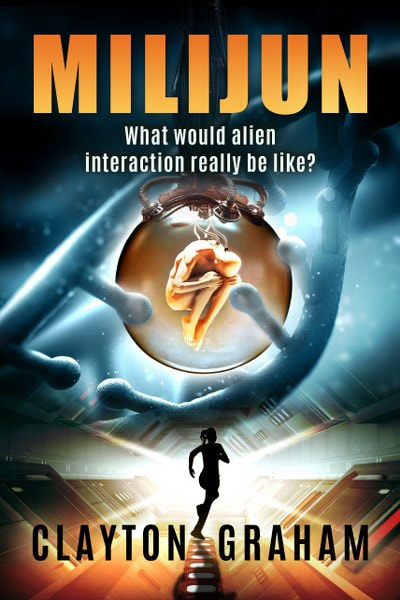 The next phase of human evolution depends entirely on her…
Laura is willing to do whatever it takes for her son. When aliens kidnap
Jason, it’s going to take a lot more than a mother’s love to get him
back. After infiltrating a military research base, Laura discovers a
terrifying secret: their plans to impregnate women with alien DNA.
Laura battles to save Jason, the mothers-to-be, and herself. But she
quickly realizes the aliens have their own mission for her, too. Soon
she faces a choice, take a chance at an impossible escape
or accept the aliens’ vision of a new humanity.
Milijun is the first installment of an action-packed sci-fi
alien invasion story. If you like tales of first contact, secret
military operations, and the people caught in the middle, then you’ll
love Clayton Graham’s fast-paced sci-fi thrill ride.
Buy Milijun to discover the future of evolution.
“Captured my interest from the very beginning, and never once let go.”
Jenna – Indie Book Reviewers
“If you love the genre, read this gem.”
Julius Zon – Self Publishing Review
“This is a must-read for science fiction fans who appreciate a hard
scientific foundation, in the tradition of Asimov, Niven, or Heinlein.”
Patrick Dent
“Million? 5 stars are all Amazon permit!”
Sarah Stuart
Add to Goodreads
Amazon * Apple * B&N * Kobo 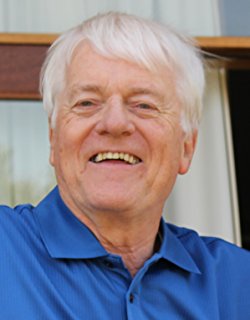 As a youngster growing up in the cobbled streets of Stockport, UK,
Clayton Graham read a lot of Science Fiction. He loved the ‘old
school’ masters such as HG Wells, Jules Verne, Isaac Asimov and
John Wyndham. As he left those formative years behind, he penned
short stories when he could find a rare quiet moment amidst life’s
usual distractions.
He settled in Victoria, Australia, in 1982. A retired aerospace engineer
who worked in structural design and research, Clayton has always had
an interest in Science Fiction and where it places humankind within a
universe we are only just starting to understand.
Clayton loves animals, including well behaved pets, and all the natural
world, and is a member of Australian Geographic.
Combining future science with the paranormal is his passion. Milijun is his
first novel. Second novel, Saving Paludis, will be published early
2018. They are light years from each other, but share the future
adventures of mankind in an expansive universe as a common theme.
Website * Facebook * Twitter * Amazon * Goodreads