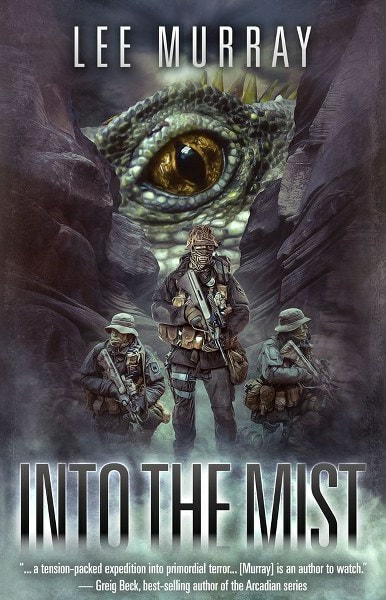 When NZDF Sergeant Taine McKenna and his squad are tasked with escorting a
bunch of civilian contractors into Te Urewera National Park, it seems
a strange job for the army.
Militant Tūhoe separatists are active in the area, and with its cloying mist
and steep ravines, the forest is a treacherous place in winter.
Yet nothing has prepared Taine for the true danger that awaits them.
Death incarnate.
They backtrack toward civilisation, stalked by a prehistoric creature
intent on picking them off one by one. With their weapons
ineffective, the babysitting job has become a race for survival.
Desperate to bring his charges out alive, Taine draws on ancient tribal wisdom.
Will it be enough to stop the nightmare? And when the mist clears,
will anyone be left?
Goodreads * Amazon 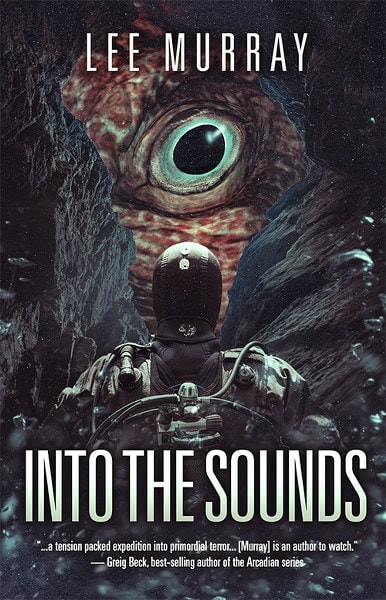 On leave, and out of his head with boredom, NZDF Sergeant Taine McKenna
joins biologist Jules Asher, on a Conservation Department deer
culling expedition to New Zealand’s southernmost national park,
where soaring peaks give way to valleys gouged from clay and rock,
and icy rivers bleed into watery canyons too deep to fathom. Despite
covering an area the size of the Serengeti, only eighteen people live
in the isolated region, so it’s a surprise when the hunters stumble
on the nation’s Tūrehu tribe, becoming some of only a handful to
ever encounter the elusive ghost people. But a band of mercenaries
saw them first, and, hell-bent on exploiting the tribes’ survivors,
they’re prepared to kill anyone who gets in their way. As a
soldier, McKenna is duty-bound to protect all New Zealanders, but
after centuries of persecution will the Tūrehu allow him to help
them? Besides, there is something else lurking in the sounds, and it
has its own agenda. When the waters clear, will anyone be allowed to
leave?
“Murray pretty much nails small unit tactics.” ‒ Justin Coates, author of
The Apocalypse Drive
“A fantastic blend of military fiction, a very real primordial monster,
and powerful mythology.” ‒ Paul Mannering, author of Hard Corps,
Hell’s Teeth, and Eat.
Goodreads * Amazon 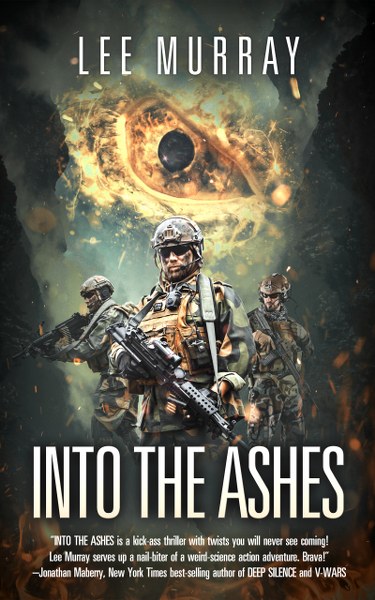 No longer content to rumble in anger, the great mountain warriors of New
Zealand’s central plateau, the Kāhui Tupua, are preparing again
for battle. At least, that’s how the Māori elders tell it. The
nation’s leaders scoff at the danger. That is; until the ground
opens and all hell breaks loose. The armed forces are hastily
deployed; NZDF Sergeant Taine McKenna and his section tasked with
evacuating civilians and tourists from Tongariro National Park. It is
too little, too late. With earthquakes coming thick and fast and the
mountains spewing rock and ash, McKenna and his men are cut off.
Their only hope of rescuing the stranded civilians is to find another
route out, but a busload of prison evacuees has other ideas. And,
deep beneath the earth’s crust, other forces are stirring.
“INTO THE ASHES is a kick-ass thriller with twists you will never see
coming! Lee Murray serves up a nail-biter of a weird-science action
adventure. Brava!” —Jonathan Maberry, New York Times best-selling
author of DEEP SILENCE and V-WARS
Goodreads * Amazon

What inspired you to write your most recent title Into the Ashes?

I needed to finish the series! Not only did I have a contract to fulfill, people, myself included, were hanging out to see what would happen between Taine and Jules, and whether Temera would regain his gift for seeing. However, the inspiration for this particular story came entirely from the New Zealand landscape. I was on a road trip with my son and husband and we were passing through the central plateau on a spectacularly clear day, and I remember thinking the region would make the perfect backdrop for the last book in the series. There were the mountains, the supervolcano, the lakes, the army training grounds, and all the wonderful local legends and mythology associated with the area. Adding to that, one of our greatest fears down here in New Zealand is fear of ‘the big one’: a massive volcanic-earthquake event. Located on the Pacific Ring of Fire, New Zealand is sometimes referred to as ‘the shaky isles’. My mind was racing: already ideas were coming thick and fast. Then my son said, “Mum, you should call it Into the Ashes.” And that was it. The idea was born.

Thank you for asking about my other work. In July of 2019, Dawn of the Zombie Apocalypse, the first book in my middle grade adventure series is releasing from IFWG Publishing in Australia. I’m thrilled to have found a home for the series and especially excited that the publishing house has commissioned Australian artist Greg Chapman to do the cover design. There are two more books in the series—Dawn of the Mutant Invasion and Dawn of the AI Revolution—which are still to be completed, so I’ll need to get cracking on those if I want to keep pace with the readership. Kids grow up fast! Then there’s the third book in the Path of Ra supernatural crime-noir thriller series which I co-write with my New Zealand colleague Dan Rabarts. The manuscript for Blood of the Sun is almost complete, and readers can expect to see that released from Raw Dog Screaming Press in late 2019 or early 2020. Also bubbling away are a couple of collaborative works in early planning stages, an offer to publish a short story collection, several short story commissions, and another secret project. I’m also pondering a Taine McKenna spin off series focusing on another character from the books. Lots of readers have asked for a series featuring Matt Read and Hine, for example. That might be fun…

Yes, a Taine McKenna short story called Into the Darkness is available on all the usual platforms for readers to enjoy for free. Chronologically, Into the Darkness falls between Into the Mist and Into the Sounds when the army is trying to clean up the mess left in the Urewera forest. Taine and Jules are holidaying in France:

Laying low after a furore in the Urewera ranges, NZDF Sergeant Taine McKenna accompanies girlfriend Jules Ashes to France, where something ancient and evil has left its kill on the cobbles of La Ferté-Bernard. The terrified villagers have seen it before. That time, elders closed the gates and whispered of the plague. Now, the danger threatens all of Europe. The local gendarmes are going to need help. Lucky for them, McKenna is available, expendable, and ultimately deniable…

How did you come up with the concept for the series?

The idea for first book, Into the Mist, came to me while I was out running in the New Zealand bush. Before sustaining an injury, I used to run marathons—completing 25 marathons and a couple of ultramarathons—which meant a lot of time running on trails. While the terrain can be dangerous, and the weather conditions can change rapidly, running in the New Zealand bush doesn’t offer up a lot of beasties. There are no mountain lions, no snakes and no grumpy bears. Probably, the worst thing a runner is likely to come across down here is a wētā or two, or maybe a swarm of wasps. Out on the road, you might meet a stray pig dog, or a herd of cows on the way to milking, but I’ve never encountered anything on a bush trail. I was discussing this with some girlfriends while out on a trail for a long run once, and it occurred to me ‘what if there was something?’ and ‘what might that be?’ and the idea evolved from there. I went home and opened a file which I optimistically called “Global Blockbuster” and that was how the series came about. 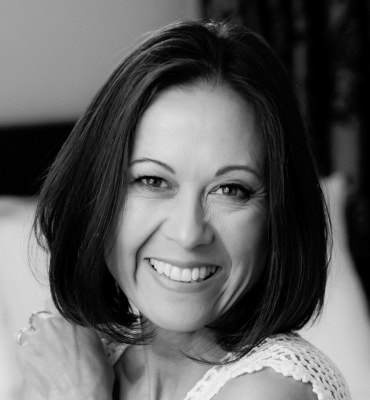 Lee Murray is a Bram Stoker-nominated writer and editor horror
fiction, and multi-award-winning writer of dark speculative fiction
(Sir Julius Vogel, Australian Shadows). Her works include the Taine
McKenna adventure series, and supernatural crime-noir series The Path
of Ra (co-written with Dan Rabarts). She is the editor of ten dark
fiction anthologies, the latest being Hellhole: An Anthology
of Subterranean Terror (Adrenalin Press). Lee lives with her
family in New Zealand where she conjures up stories from her office
overlooking a cow paddock.
Website * Facebook * Twitter * Amazon * Goodreads