DISCLAIMER: This content has been provided to SHANNON MUIR’S THE PULP AND MYSTERY SHELF by Xpresso Book Tours. No compensation was received. This information required by the Federal Trade Commission. 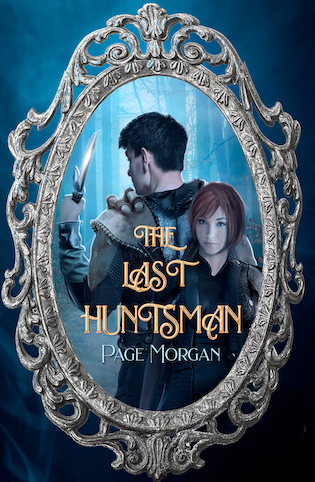 No women. No children. No torture. The Huntsman has his rules.

For years, Tobin has done his emperor’s bidding, eliminating threats to the Empire of Morvansk. But when he is ordered to kill the lovely Princess Mara, Tobin’s absolute loyalty ends. The emperor’s punishment is swift and lethal, and Tobin is left with only one desire: vengeance.

Stay quiet. Stay hidden. Stay free. These are the rules Ever lives by.

Raised as a boy by her overprotective father, Ever has something the Morvansk emperor covets: mirror magic. With it, she can see anyone, anywhere, through the mirror’s glass. The emperor stole her mother years ago for this same magic, and now, he wants Ever, too.

When Ever’s mirror shows the wounded rebel huntsman approaching her village, she’s compelled to help him. But as Tobin and Ever grow closer, and their secrets intertwine, they’ll have to follow the rules they’ve always lived by—or break free from them, once and for all.

The shriek of a bird drew my eyes to the trees above. When I looked down, Mara stepped into the clearing. The call of the nuisance bird muted, as did everything else in the world surrounding the glade. She came through the tall grasses, her lavender colored skirts gathered in her hands to keep the hem from getting soiled against the ground.

I closed my eyes and forced forward the image of my mother. Of Kinn, of Lael. The worst five minutes of my life were about to unfold, and I had to keep those three faces present if I had any hope of following through.

I opened my eyes as Mara searched the glade for Orin, the man she believed had beckoned her there. She lifted her face to the sun, most likely chilled from the walk through the dim forest.

I looked into the hushed wood. Her ladies would have made plenty of noise had they followed, and her guards’ steel swords and metal fixtures would have been a clattering racket. She’d come alone, just as the note had bid.

She fiddled nervously with the front tucks of her skirt, not seeing me as I stood. I parted the flexible pines and stepped past the young green needles, coming to the edge of the brook’s banking. It was then that the princess spotted me. She let out a small yelp and dropped her skirts. Covering her mouth with her hands, Mara released her breath.

“Huntsman, you frightened me.” She lowered her hand and sent me a small smile, though it quickly fell. “What are you doing here? You didn’t…did you read the note you delivered this morning?”

Don’t look at her. Don’t listen to her.

“Forgive me, of course you didn’t. Are you hunting?” she asked as I stepped across the three rocks in the brook and into the glade.

The sun hit me, and my legs turned to dead weight. They didn’t want to move any closer. My hands, too, stayed heavy at my sides. The blade with the prince’s crest was inside my trouser waistline, and my own personal blades were where I always kept them.

“I’m meeting the prince,” she said, her voice notched louder. “It’s not very indecent, considering we are to be married,” she added with a half smile.

I strode through the grass toward her, pushing the slab of stone in my chest lower to crush the rapid beating of my heart. Mara’s shrewd eyes narrowed. My presence made her nervous, yet she didn’t back away as I came to within a foot of her.

“The prince is not coming.”

Mara looked sideways at me. “How do you know this?” Her facial muscles went slack. “You’ve done something to him.”

“I’ve already told you,” I said. Level. Clear. “The emperor did not send me to kill the prince.”

She wanted to believe me. Just like she believed me the other night when I said we were friends. I could see it in the way she shifted her bottom lip side to side, gripping the inside of it with her teeth.

“Then why have you followed me here?” she asked.

There was not supposed to be any conversation. I’d been taught to be brief, to make sure the target knew who had come for him and why, and then to finish before the target could beg or offer money in return for leniency.

“I didn’t follow you.” I reached inside my jacket and gripped Orin’s blade, the gold of the crossed hilt cool under my hot, sweaty palm.

She stared at me with a confused grimace, paying no attention to my hand.

“I led you here,” I said. “It is Emperor Frederic’s order, princess. I am only his servant.”

I pulled the dagger and stepped forward so swiftly Mara didn’t know to resist. She was taller than me, but I was stronger and faster; I wrapped my arm around her neck and her knees buckled, her chin wedging tight inside my crooked elbow. She screamed, but my bicep and forearm squelched it into a sputtering croak. 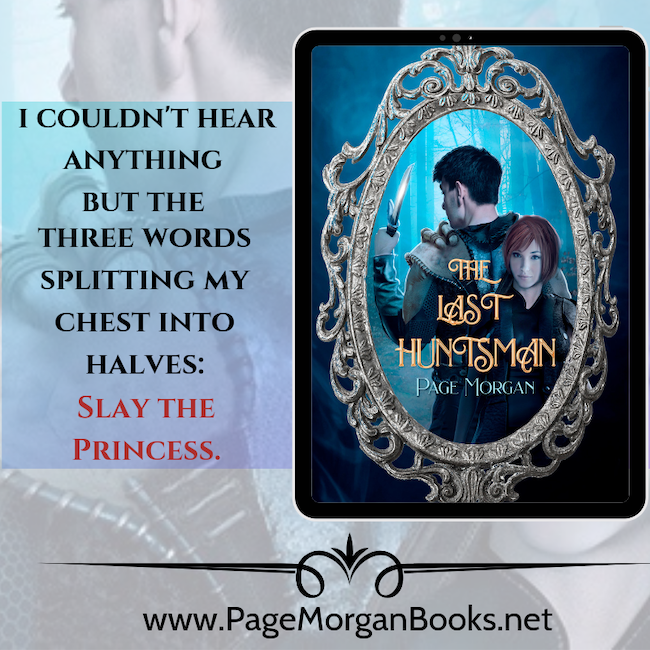 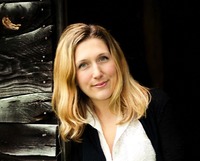 Page is the author of THE BEAUTIFUL AND THE CURSED, THE LOVELY AND THE LOST, and THE WONDROUS AND THE WICKED, young adult gothic thrillers critically acclaimed by Booklist, Publisher’s Weekly, Kirkus, School Library Journal, VOYA, and The Bulletin. Page’s novels have been an IndieNext selection, a Seventeen Magazine Summer Book Club Read, and a #1 Amazon bestseller. Her next book, THE LAST HUNTSMAN, is a reimagining of the Huntsman and Magic Mirror from the tale of Snow White. She lives in New Hampshire with her husband and their three daughters, an English Pointer, an arrogant cat, two boring bearded dragons, a one-eared bunny, a bunch of chickens, and during the summer and fall, their neighbor’s two sweet horses.