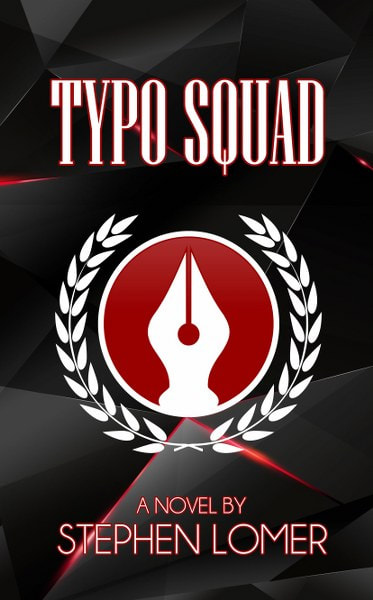 Typos are lethal to 98% of the population. Be thankful Typo Squad is on patrol …
Richard Shonnary was a Typo Squad legend. He had a gift for seeking out and destroying errorist cells, and was almost single handedly responsible for bringing about the end of errorism. But one night, a single errant bullet fired by his brother prematurely ended his career.
Convinced to come out of self-imposed retirement after five years, Richard unknowingly gives rise to his greatest enemy — Anton Nym. Will he and his new partner be able to stop this latest threat before deadly typos are unleashed upon an unwitting world?
Goodreads * Amazon 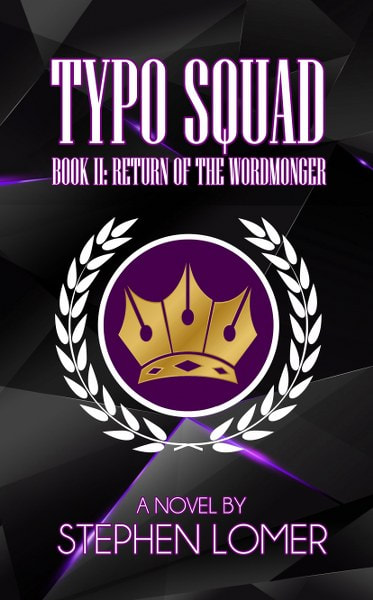 The quest to find Anton Nym and his errorist army are put on hold as Typo
Squad is called away to London to help one of their own confront a
villain from his past — a mysterious foe known only as the
Wordmonger.Joining forces with Her Majesty’s Royal Typo Brigade, Typo Squad takes up
residence in Buckingham Palace to try and draw out this dangerous
madman.With the lives of the royal family in their hands, will Typo Squad be up
to the challenge of finding and capturing the Wordmonger? Or will
history repeat itself?
Goodreads * Amazon 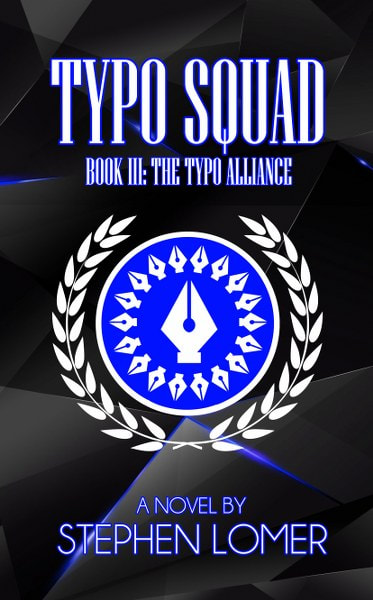 Typos are lethal to 98% of the population. Be thankful typo squad is on patrol …

Typo Squad is dealt a terrible blow by Anton Nym and his new errorist
cell, known as the Erristocracy. But when all seems lost, the tide
turns with the rise of the Typo Alliance.

With a new headquarters, a new captain, and the arrival of some truly
unexpected allies, Typo Squad is set on a collision course with the
most dangerous foes they’ve ever faced.

Will Dick and his team be able to overcome the odds and make the world
safe from typos once and for all? Or will Nym and his inner circle be
victorious in the end? 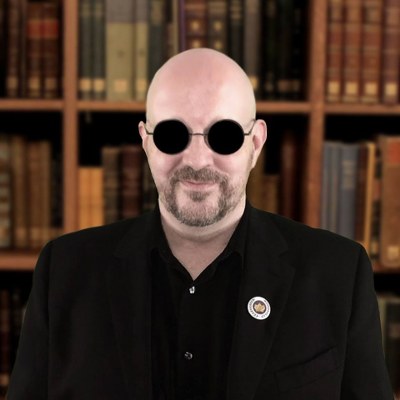 Stephen Lomer is the Amazon best-selling author of the hugely popular Typo Squad book series, the short story collections Stargazer Lilies or Nothing at All and Hell’s Nerds and Other Tales, and the holiday novella Belle’s Christmas Carol. He also has featured stories in the anthologies UnCommon Evil, Once Upon a Time in Gravity City, and The Dystopian States of America.
Stephen wrote the screenplay for, and starred in, the short film Typo Squad: Words Can Hurt You, and is the host of the YouTube series Tell Me About Your Damn Book. He’s a hardcore fan of the Houston Texans, despite living in the Hub of the Universe his whole life, and believes Mark Twain was correct about pretty much everything.
Stephen lives on Boston’s North Shore with his wife, Teresa.
Website * Facebook * Twitter * Instagram * Bookbub * Amazon * Goodreads * YouTube