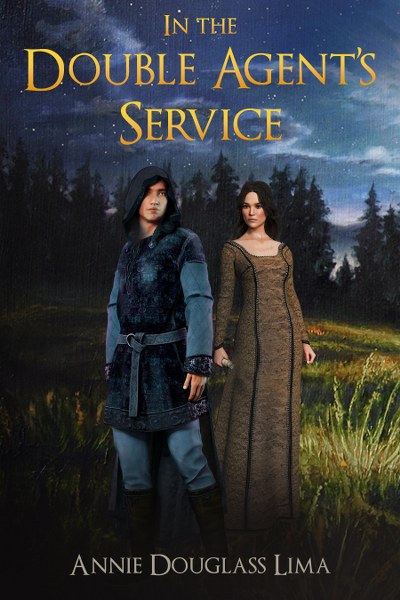 Erik would give his life to protect King Jaymin. However, when an old enemy shows up with new schemes, that may not be enough.
Anya longs to be noticed by the king’s handsome bodyguard. But as she finally gains Erik’s attention, the notorious spy and double agent Dannel blackmails her into fulfilling a favor she has owed him for years. Anya is forced into a terrible choice: save Erik’s life, or protect her homeland.
Can Erik and Anya thwart an assassin and prevent a war before Dannel destroys everything that matters to them and to the kingdom?
Goodreads * Amazon 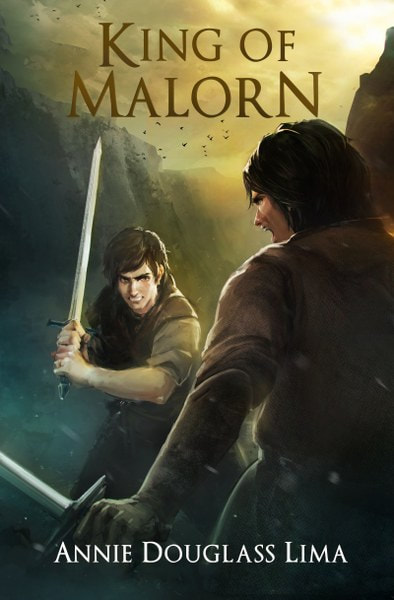 Life as the king’s younger sister should be exciting.
Not for Princess Kalendria. She’s sick of the dissent and of constantly having her family undermined by those who think they could rule Malorn better than King Korram.
Hoping to lighten the mood in the palace, Kalendria plans a ball to celebrate her seventeenth birthday. It doesn’t hurt that their handsome Alasian ally King Jaymin has promised to attend, and she’s been waiting for him to notice her for as long as she can remember.
But unfriendly forces have their own party plans. When Kalendria, Korram, and Jaymin barely survive an assassination attempt, their only recourse is to flee into the wilderness. Tracked by unknown assassins, they must figure out whom they can trust and who is behind the plot. Can Kalendria help her brother reclaim his throne – oh, and catch Jaymin’s attention while she’s at it – before they are all killed and war destroys both kingdoms?
Goodreads * Amazon 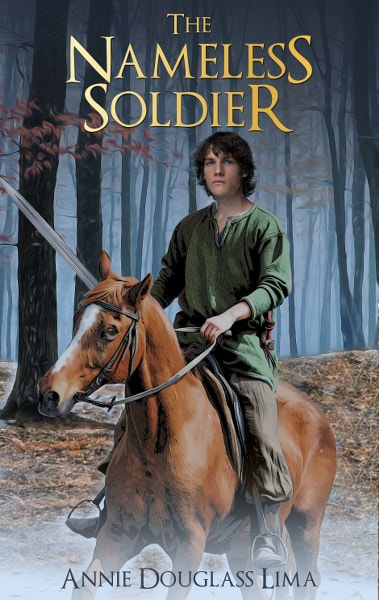 What do you do when you’re the only survivor?
Nineteen-year-old Tarvic bears the name of a mighty hero from Alasia’s past. However, the young soldier feels anything but heroic when he regains consciousness to find himself the lone survivor of a brutal attack by invaders from the neighboring kingdom.
Forced to leave his identity behind, Tarvic is thrust into civilian life in the role of protector to three war orphans. When the four of them encounter a mysterious stranger, he must choose between keeping the young girls safe and taking on a mission that could help free his kingdom. Can Tarvic live up to his noble name and find a way to balance his duty and his dreams?
The Nameless Soldier is the fourth book in the Annals of Alasia, but the first four books can be read in any order, and each one can stand on its own.
Goodreads * Amazon 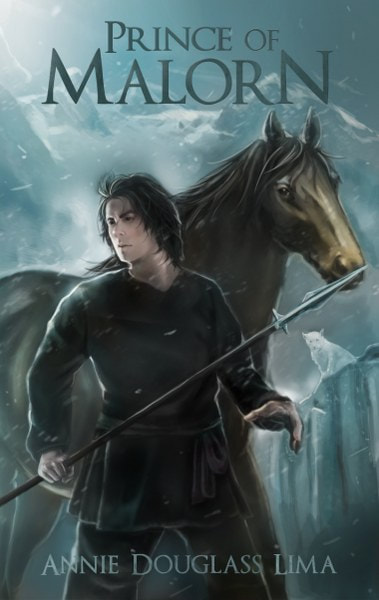 Prince Korram is heir to the throne of Malorn, but Regent Rampus is determined to stay in power. Can Korram find a way to overthrow him before Rampus strikes him down?
One major obstacle stands between seventeen-year-old Prince Korram and the throne that is his birthright: Regent Rampus. Temporary ruler of Malorn, Rampus has no intention of giving up his position when the crown prince comes of age – or of allowing the prince to live long enough to reach that age.
Desperate to build an army of his own to stand against the regent, Korram treks into the Impassable Mountains to try to recruit the one segment of Malornian society not under Rampus’s control. But can he lead a band of untrained hunters and gatherers to victory against the full might of the Malornian military? Or will they all be crushed by the grasping hand of the regent before the prince can claim his rightful throne?
Prince of Malorn is the third action and adventure novel in the Annals of Alasia fantasy series, but the first four books can be read in any order, and each can stand on its own. If you like superb world-building, finely crafted fantasy cultures, and gripping survival stories, you’ll love Annie Douglass Lima’s coming-of-age saga. Download Prince of Malorn now to start the adventure today!
Goodreads * Amazon 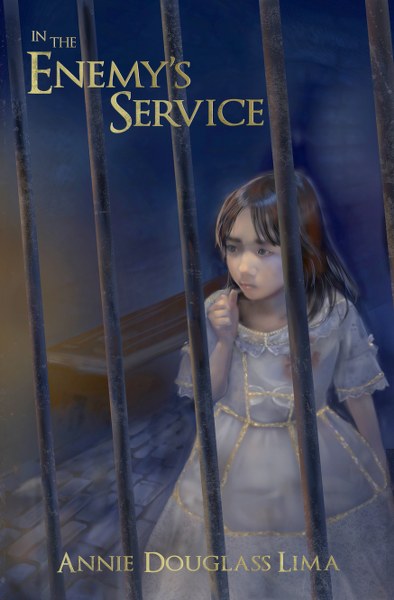 In the Enemy’s Service
Annals of Alasia Book 2

Enslaved when invaders take over Alasia, ten-year-old Anya discovers ways to spy on the enemy and slip information to the resistance. But then she uncovers a disturbing reference to her own family and is confronted by a stranger who seems to know her secrets. Holding her life in his hands, he claims to have proof that Anya’s father was involved in the betrayal that led to the Invasion itself. Can Anya help save her kingdom without putting her father in danger … and can she learn the truth about what happened before it’s too late?
In the Enemy’s Service is the second book in the Annals of Alasia, but the first four in the series can be read in any order, and each book can stand on its own.
Goodreads * Amazon 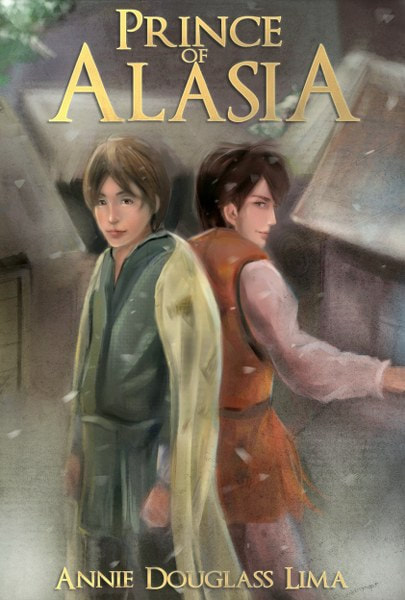 Twelve-year-old Prince Jaymin, heir to the throne of Alasia, barely escapes with his life when invaders from neighboring Malorn attack. Accompanied by his young bodyguard, Jaymin flees to a nearby town to live in hiding. There, surrounded by the enemy soldiers searching for the missing prince, his life depends on his ability to maintain his disguise.
As the danger intensifies and the Malornians’ suspicions grow, Jaymin seeks desperately for a way to save his kingdom and himself. Then he stumbles upon a startling discovery that will challenge his assumptions and forever change his view of Malorn and the events that altered his life.
Prince of Alasia is the first book in the Annals of Alasia, but the first four in the series can be read in any order, and each book can stand on its own.
Goodreads * Amazon 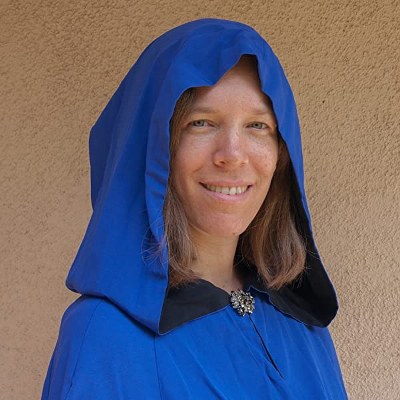 Annie Douglass Lima considers herself fortunate to have traveled in twenty different countries and lived in four of them. A fifth-grade teacher in her “other” life, she loves reading to her students and sparking their imaginations. Her books include science fiction, fantasy, YA action and adventure novels, a puppet script, anthologies of her students’ poetry, Bible verse coloring and activity books, and now a cookbook. When she isn’t teaching or writing, Annie can often be found sipping spiced chai or pomegranate green tea in exotic locations, some of which exist in this world.
Website * Facebook * Twitter * Bookbub * Amazon * Goodreads * Newsletter

$10 Amazon gift card; ebooks of the first 5 books in the series
Follow the tour HERE for special content and a giveaway!