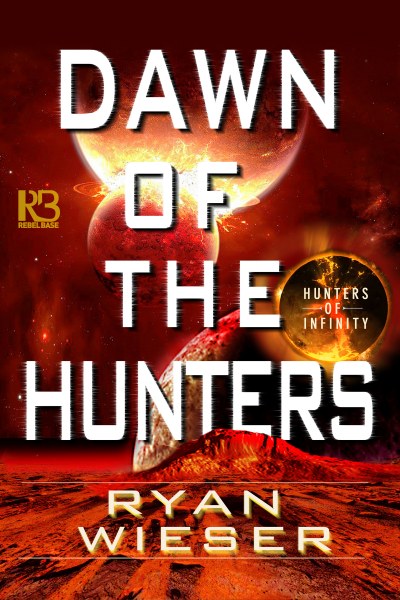 Even the Hunters of Infinity are splintered when faced
with the greatest battle in the Daharian galaxy’s history . . .
Jessop has proven herself to be an unstoppable force from Aranthol to Azgul, inarguably
the fiercest warrior the Hunters have ever seen. And her abilities only seem to
strengthen as her rage grows. With the two men she holds dear by her side—one
good-souled, one with a treacherous past, and both deadly with a sword—she
prepares to enter the most important fight of her life, with the most personal stakes yet . . .
Armies are divided and reforged, and battle lines are drawn. Blind loyalty drives some
while others are sworn to protect the galaxy at all costs.
Bonds will be tested.
Lives will be lost.
Consequences will be devastating.
“This thrilling, action-packed debut ties together strong characters with a building
story line that will have readers clamoring for the next volume in this new
series.” —Library Journal, STARRED REVIEW, on The Glass Blade
Add to Goodreads
Amazon * Apple * B&N * Google * Kobo 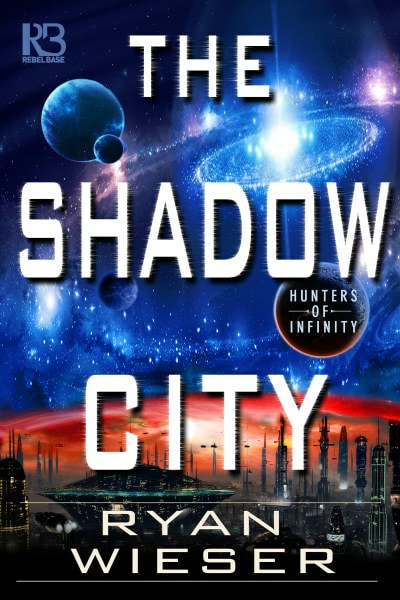 The Shadow City
Hunters of Infinity #2

The Hunters of Infinity have guarded the Daharian galaxy for ages, but when betrayed, they can
become a vicious enemy . . .
Jessop, the first woman to join the Hunters, has finally been reunited with those who mean
the most to her. In her quest for vengeance, she has left many embittered and
betrayed, chief among them Kohl O’Hanlon, the Hunter who once loved her.
Now, as the feared Falco Bane leads his forces into the Hunters’ territory, Kohl attempts
to retaliate, flooding their infamous Shadow City with his own followers.
Jessop must fight a war on two fronts, testing her commitment to the ones she
loves and challenging her abilities as the most elite warrior among the
Hunters. With the future of Daharia’s leadership at stake, Jessop is determined
to protect those closest to her at all costs . But when allies turn into
adversaries, the real threat comes from a place least expected . . .
Add to Goodreads
Amazon * Apple * B&N * Google * Kobo 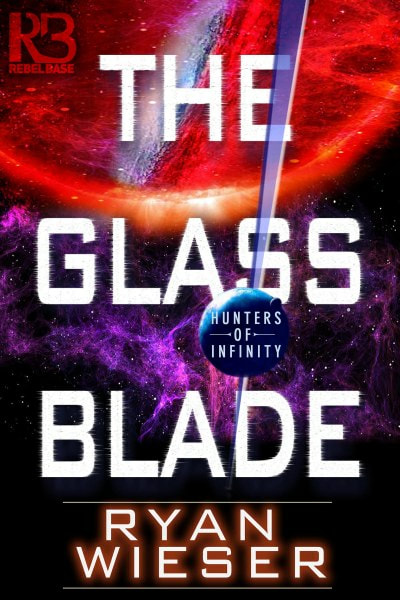 The Glass Blade
Hunters of Infinity #1

The Hunters of Infinity have been
protecting the Daharian galaxy for years, but there has never been a female
Hunter—until now.

In a seedy bar in the shadowy corners of Daharia,
Jessop comes to the rescue of young Hunter Kohl O’Hanlon. Impressed by her
remarkable sword-wielding skills, the Hunters invite her to their training
facility, the Glass Blade, though not all are pleased with the intrusion. But
they soon discover that Jessop learned to fight from the rogue leader of the
Shadow City of Aranthol—and escaped.
Now they want to use her intimate knowledge of their enemy to destroy him.

As Jessop grows closer to this elite brotherhood,
their leader succumbs to a mysterious ailment,
and Kohl learns that Jessop is hiding dark secrets, raising suspicions
about the enigmatic woman who saved his life. Has the Hunters’ security been
breached—or do they have a traitor in their ranks?

Allegiances will be questioned.

Loyalties will be betrayed.

Vengeance will be brutal.

“This thrilling, action-packed debut ties
together a strong characters with a building story line that will have readers
clamoring for the next volume in this new series.” —Library Journal, STARRED REVIEW, on The Glass Blade

5 books to read this summer according to Ryan Wieser

Fair warning: The Pact is a very controversial book. Originally published in 1998, it details the events that lead up to a suicide pact and ultimate death of seventeen-year-old Emily. If you look up The Pact on Goodreads, you will see the book has a 4-star average from over 240,000 ratings, but you’ll also find quite a few angry reviews. Anyone with a Netflix account or access to the news knows that suicide has been a spotlighted topic recently. Picoult tackles a heavy topic with the writing ability of a well-seasoned author, ensuring an intricately woven story for many to appreciate.

I love this book but it’s simply quite bizarre. What is The World According to Garp about? We follow the life of the character TS Garp, writer son of a feminist icon. Filled with peculiar characters, odd plot developments, and an array of themes, this is a book that I find instantly absorbing, as the plot is equal parts odd and intriguing. I’ve read this book three times. I still cannot firmly say what it is or isn’t about, but it is one of the most masterfully written eccentric tales I’ve ever read.

I read Jane Eyre when I was quite young, and odd as it may seem, this is the first book that ever frightened me. Not in a red-balloon It kind of way, but still, I was spooked while reading certain pages. You’ll know the scene when you reach it. Creepiness can only be achieved through expert storytelling, and this book was expertly crafted. Jane Eyre explores themes of religion, independence, and love, and the role of women in society. This is not the easiest or quickest read on my list (we are in the 500 page region here) so some may wonder if it’s worth the time and commitment. Short answer? Absolutely.

I’ve always loved Siddhartha. I’ve read this a handful of times throughout the years and I appreciate that it’s very accessible to many different readers, despite covering some potentially complex notions on life, love, and spirituality. Thanks to the simplicity of the structure, this is a fairly quick read, but I bet that you may just find yourself returning back to the pages to revisit the central themes or to consider the story’s message.

A fantastic book! Like Siddhartha, The Alchemist also possesses a simple, accessible structure while presenting some serious considerations on happiness, dreams and goals, and the purpose of life.  Depending on the kind of person you are, you’ll either love or hate the ending but it’s all part of the ultimate message.

Let me know what you end up reading this Fall!

Ryan Wieser completed her B.A. in Sociology and Socio-Legal Studies before going on
to complete her MSc. in Experimental Psychology. Having been raised in Africa and
educated across multiple countries, Ryan has a passion for travel and an interest in
diverse cultures. She currently resides in Wyoming with her husband, where she
is writing her next book.
Website * Goodreads

Previous Post
BLOG TOUR – No Saving Throw
Next Post
BEYOND THE SHELF – Are You Truly Blocked When Writing?