THE PULP AND MYSTERY SHELF SF and Fantasy Week!

I’m a left-handed pescaterian and I love cooking and mixing drinks.

When I was 15 I went on my first trip out of the country. I spent ten days in Panama City, Panama. I got to see historic sights like the Panama Canal, but the experience that stuck with me was visiting one of the native indian tribes. It took an hour long bus ride and from there a 45 minute canoe trip to the hill they lived on. The tribe welcomed the group with a traditional indian dance, they painted us with unique symbols and fed us. I’ve never had food so fresh and delicious in my life. The tribe didn’t wear clothes and in some cases the children ran around butt-naked, it took some getting used to, but no one was ashamed or embarrassed about it. They lived in tree houses, not the kind of tree houses we think of with walls and a roof, but basically a platform in a tree. Since they didn’t have lights, when it got dark outside we went to sleep and slept under the stars. It was one of the most beautiful experiences I’ve ever had and it made me feel close to the environment and nature.

I don’t have too many, but one of them is when people make sweeping assumptions without doing research. I like to be open minded and understand there are differing perspectives and situations. Seeing things from different points of views helps me to become a better writer.

I’m an avid book lover and read about 50 book a year, if not more. Some of my top favorites are:

These are all books that inspire my writing. As you can tell, I read a wide variety of genres.

I love telling stories. The Four World Series is was inspired by my love of storytelling and also inspired by the games I played in my childhood. I grew up with 4 sisters, we are all quite close and enjoyed using our wild imaginations. I’ve noticed in reviews, reviewers often talk about my imagination and it honestly came from my childhood.

I started writing The Five Warriors because I had a dream about a warrior, standing on the edge of a battlefield. He’d been through a lot and he stared out with relief. When I dreamed about him, I knew I had to write his story. His name is Marklus. The Five Warriors opens with him in prison.

Currently, I’m working on the final novel in the Four Worlds Series. From there I have a couple of additional series that happen within the Four Worlds and about 20 standalones. All in all I have about 50 novels and novella in my queue and will be releasing them over the next 25-50 years, depending on how long it takes me to write them out. While the main genre I write is fantasy, I’ll dive into sci-fi, romance, thrillers, and other genres along the way.

I do! I adore side stories and digging into some of the side characters to learn more about them, their histories and their motives. My first stand-alone with a side character is Myran. Myran tells the story about Eliesmore’s mother and why she behaves the way she does. It’s a dark fantasy novella, and I will release more like it in the upcoming years.

I love seeing the characters come to life, it’s the best part of writing. They are good and bad, light and dark, they argue, have insane motives, stand up for each other and enjoy a good fight. They don’t always make the right choice, they make mistakes, but once you get to know them, you love them, despite how crazy and annoying they get. There will be characters you root for, and others you’ll want to choke out and remove from the book altogether. It’s a wild ride with these characters.

This might sound a bit odd but I’ve always considered myself a writer. I did not consider myself an author until my first book was published in 2015. Now, when I meet people and they ask me what I do, I tell them, I’m an author. It feels good. 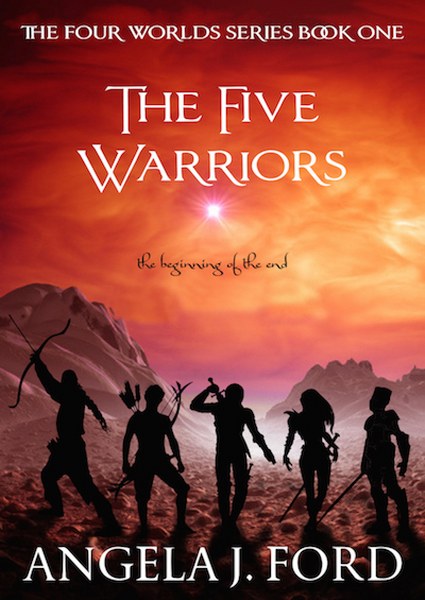 “The characters were well-written and well-developed, the story was clear
and enjoyable without being predictable, and there were a couple of
evenings I stayed up later than I intended just so I could get to the
end of a chapter. If you’re a fantasy fan, you’re going to LOVE
this!” —Amazon review


What if…
your best friend started a rebellion in the middle of a war?
your lover awakened a deep evil and helped it grow?
your people were too cowardly to face a battle?
you stole an ancient power source?
you gambled with the fate of the world?
Join five powerful warriors each with a unique ability and magical
weapons. Their quest is to discover where the transformed creatures
are coming from and put a stop to it.
Along the way they run into treacherous immortals, sea monsters,
powerful beasts of the air and talking animals.
Each has their own reasoning for joining the quest, but one carries a
deadly secret which just might be the destruction of them all.
“Angela’s imagination has brought these characters to life and the
worlds they live in.”
—Amazon review
Add to Goodreads
Amazon * Apple * B&N * Kobo 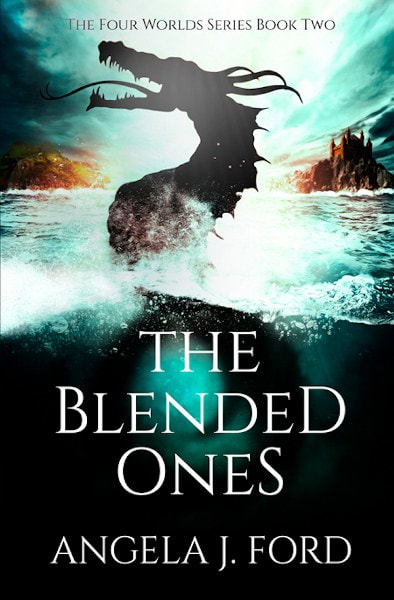 The Blended Ones
The Four Worlds Series Book 2

Phyllis and her 17 year old twin sister, Ilieus are Blended Ones. But Ilieus
suffers from visions of darkness she is unable to discern. Forsaken
by their parents the two cross the country in search of the Order of
the Wise for help.
Cuthan the Charmer is mischievous enough to change anyone’s mind with a
smile and a wink. Born into a family of treasure hunters, he s
searching for the key to unlocking his dormant powers.
Pharengon the Horse Lord was born to be King. Young and inexperienced he
seeks a weapon to turn the tide of the war in his favor. But when his very
own army betrays him, he will have to turn to the Lost Ones for assistance.
Caught in the fate of the Eastern World the youths destinies become twisted
together in a frightful quest that will change the course of time. In
the midst of their whirlwind adventure, they discover love, loss, and
uncover the truth about who and what is behind the chaotic, spiraling
events in the Eastern World.
This can be read as a stand alone novel
Add to Goodreads
Amazon * Apple * B&N * Google * Kobo 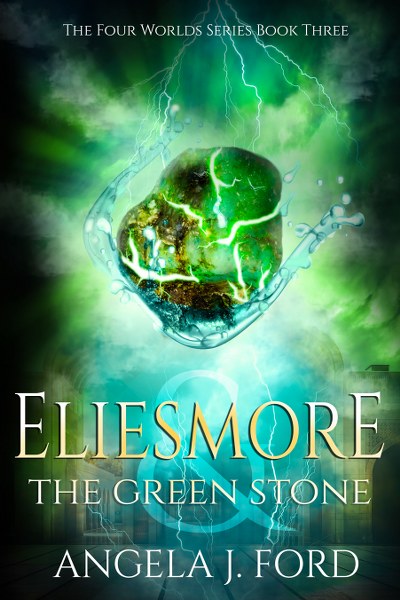 Eliesmore and the Green Stone
The Four Worlds Series Book 3

Changers have arisen, wreaking havoc as they harvest the world, searching
for the Green Stone. The South World sinks in despair, holding its
breath, waiting for the One.

Eliesmore is a Blended One, growing up on the edge of the forest of the
creatures of the wood. Young, headstrong, and inspired by magical
rituals, he spends his time between his overprotective mother and
sneaking out to dance with the wild things.
His courage is tested when Eliesmore discovers that he is the One who is
meant to save the Four Worlds from the Changers. Unwilling to accept
his fate, he turns his back on the prophecy and the futile quest to
dissolve the Green Stone.
But Eliesmore will soon learn he cannot escape his destiny. Beset by
creatures of the deep and hunted by servants of the Changers,
Eliesmore finds his task will test the loyalty of his companions and
help him answer the ultimate question:
Can he trust the immortals – or are they the reason the Changers
have come to power?
Add to Goodreads
Amazon * Apple * B&N * Google * Kobo 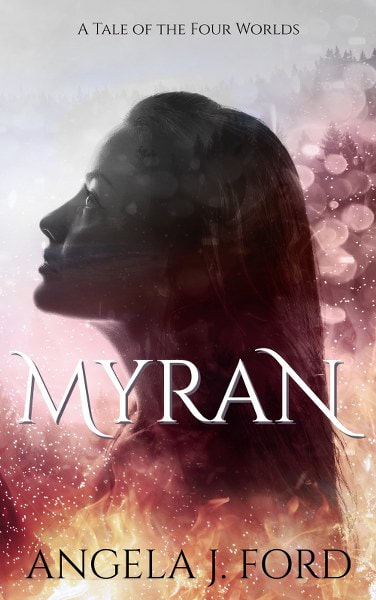 Myran
A Tale of the Four Worlds

Darkness has fallen in the South World, a land ruled by forces of evil and
dark powers. Those who would resist live in hiding, hoping for the
prophecy concerning the One to come true.
Born into a shadowed world Myran experiences her first loss when her
parents are murdered before her eyes.

Adopted by the Green People she makes it her goal to hide from the woes of
the world. As she grows older, she discovers her actions will birth
the most significant change in all of the Four Worlds.
Recommended:
Read this after reading “Eliesmore and the Green Stone”
Add to Goodreads
Amazon * Apple * B&N * Kobo 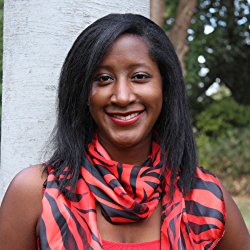 Brought up as a bookworm and musician, Angela J. Ford began writing The Four
Worlds Series—a fantasy series—at the age of twelve. The
storyline of those books was largely based off of the imaginative
games she played with her sisters.

Angela originally finished the series when she was sixteen. After college,
Angela began to rewrite The Four Worlds Series, bringing it from a
child’s daydream to an adventure young and old can enjoy. Since it
is inspired by fairy tales, high magic, and epic fantasy, Angela
knows you’ll enjoy your adventures within the Four Worlds.
If you happen to be in Nashville, you’ll most likely find her at a
local coffee shop, enjoying a white chocolate mocha and furiously
working on her next book. Make sure you say hello!
Website * Facebook * Facebook Group * Twitter * Instagram
Google + * Bookbub * Amazon * Goodreads