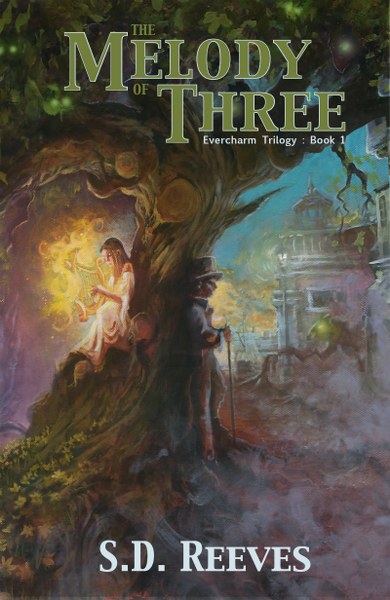 Sorcerer Christaan De Rein’s return to Liverpool does not go well, starting with the fact that his trusted apprentice, Higgins, dies on the way. Then again, Higgins dies a lot. Of course, Rein doesn’t expect to be welcomed with open arms after being banished for nine years, but a cryptic summons from The Musician herself cannot go unanswered.
But when Rein arrives all is in chaos. People with fairy blood are turning up dead. The Forum Magicae is undone and the Curators sieged.
And in another world altogether, where Earth is just a legend, a girl named Niena and a cursed lyre hold the key to saving both realms. Or destroying them.
**On Sale for only .99 cents Dec 7th-21st!!**
Add to Goodreads
Amazon * B&N 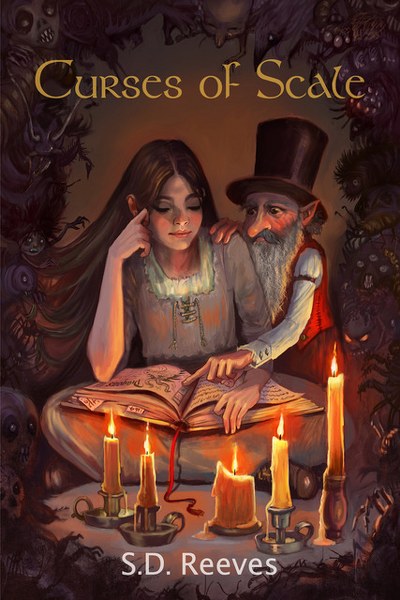 Sixteen-year-old Niena wants nothing more than to attend an elite bardic college, but when the dragon that shattered the empire awakens again she finds herself on the run, through the fey realm of Fairhome, to the city where she was born. On her trail are her army veteran grandfather, thrown into a commander’s role he doesn’t want, the lord of the fairies, trying to steer her to his own ends, and the husband she won’t meet for fifteen years. If she kills the dragon, she’ll save everyone she holds dear. But if she kills the dragon, she’s cursed instead to become it.
Curses of Scale is the 2018 First Place Winner of Red City Review’s Young Adult Category, and an Official Selection of the 2018 New Apple Literary Awards. It also has the distinction of being a finalist in the following awards:
Chanticleer’s Ozma Fantasy Award
Readers’ Favorite General Fantasy
Wishing Shelf Young Adult
“Curses of Scale is a Pandora’s box of world-building elements, and Reeves shows great skill at parceling out the pieces of lore and mystery that today’s fantasy readers crave. Readers will be sure to enjoy this crafty, utterly transportive novel.” ~Red City Review
Add to Goodreads
Amazon * B&N

There’s a poet in me that would spend the time with my wife at a pond, lazily watching the wind blow the reeds, letting the sound of ducks farting waft over us as we partake of some pastries. Utter nonsense. Thankfully, I am a pragmatic man. No, I will ready a horse with barding, and myself don my assortment of the finest LARP ready armor and weapons. I, as my forefathers before me, will then sack Euro Disney.

A: The worst kind. Picture a world where everyone is forced to wear shoes one size too small. Where roving bands of Imperial Inquisitors scour the land, inflicting upon the populace a ceaseless march of the worst sort of memes. Where butter is currency, and even the sweet escape of death is polluted – as the solemn death dirges are replaced by the upbeat crooning of Rick Astley.

Q: When did realize that you wanted to be an author? When did you first consider yourself a writer?

A: I was sitting in math class some odd twenty years ago, thinking to myself “this is mind-numbingly boring, but not really painful. If only I could add the long wait times, to the feeling of grinding a lemon in my eye, daily…” Soon after I discovered writing, and editing, the query letter dance – but only then did my dream come true!

No, really, I have been dabbling since my early teens. It was only when I was pushing towards the time when I could drink legally, that it clicked for me. On the plus side writing is a profession that goes well with potential alcoholism.

The second question is a bit more difficult to nail down, and it also depends; on my mood, on the time of the day, or if I have eaten anything.  I.E. I am saying there are days where, even now, I don’t consider myself a ‘real’ writer. It apparently is a common problem, and I am no exception.

Once upon a time I didn’t consider myself a writer until I was published. The goal line moved to being traditionally published. Then an award-winning author. Then to some nebulous financial baseline.

Nowadays? I just write, and try not to think of the existential stuff.

Q: Besides writing, what other secret skills do you have?

A: I enjoy taking blocks of wood and torturing myself with carving them until the abomination comes out to resemble something close to the boat. I don’t know why I continue to do this, but it was born out of reading Patrick O’Brian’s Aubrey-Maturin series. Afterwards I just had to have a model boat, so I made one.

Q: You were born in Alabama but now live in Switzerland, how have these life experiences influenced your writing?

A: That would be a book by itself. A deep, boring, and weird book with a lot of references to cheese…But a book, nonetheless. Perhaps in the simplest of ways it helped instill within me a “I am going to do this no matter what,” mentality that helps me complete goals. In a more complex, deeper assessment I think moving from a place with a lot of wide-open spaces, to a crammed country like Switzerland has created within me a desire to roam. And there are a lot of beautiful, inspiring places to visit in Europe.

Q: Your work contains a lot of humor – why do you take this approach?

A:  I believe in balanced writing. For instance, having parts of beautiful prose peek out over quick, terse text. In this case the humor is to balance the darkness. And the Melody of Three can get dark, and very scary at times.

Q: Tells us about your main characters, what makes them Tick?

A: Christaan De Rein is eccentric, fussy, but also brave and witty. He is known as The Inspector, representing his role among other Artisans (Sorcerers) in the Curatorium. But there is a lot more to him from his title. He has a long history of love, loss, and well, plain living that he carries with him. In short, I tried to make him human and grounded – as grounded as an old fop that doesn’t age can be.

Niena is a dreamer, and a bit naïve – though the latter is fast changing, as she is learning not to trust others so quickly. She is strong willed, compassionate, but also unsure of herself. Her bravery is a subtle affair. I like to think of her as any typical teenager, thrust into a position of too much attention and danger.

Q: What do you think about the current publishing market?

A: That is a loaded question, and one I’ve devoted more than a few blog posts too. The short and sweet of it, rather saturated. But I am not just talking about just the number of books. There is a glut of related publishing services, all promising miracle solutions. And the sad part of it, is that for every valid one there are 10 scams, helping to create a weird tango where it is easy to publish a book, but harder to get noticed.

This also has the alarming effect of suppressing independent authors. There will always be those that are one and done; broken down by the amount of work to initial results ratio. Well, when editing, promotional, and organizational services fail you (because they weren’t legitimate), it can add to the stress. This increases the literary graveyard. So, while the barrier to entry is lesser, the fence to hop over for financial success is a bit more difficult to manage. And any time taken out to research a company is time that could be spent elsewhere.

My personal suggestions to aspiring authors is to read the related writing forums and groups (20booksto50k facebook group is solid for marketing), and to invest in a newsletter early on. For the latter Storyorigin is free, and will give you a lot of opportunities to grow your reader base, get reviews, and other. 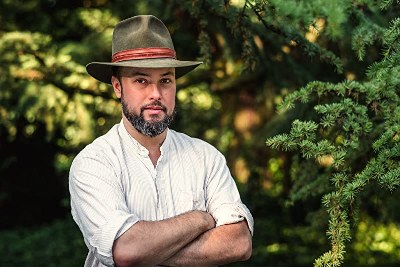 Stephen Reeves was born in 1980 in Huntsville, Alabama. He currently resides in Switzerland with an undetermined number of cats greater than zero, and a propensity for nonsense. On those cold nights where the wind steams off snowbanks, he is known to write award-winning fantasy novels. And curse his wife’s cold feet.
Website * Facebook * Twitter * Instagram * Bookbub * Youtube * Amazon * Goodreads