Check out my stop on the blog tour for The Fallen King: The Father’s Gift by Matias Kivi! 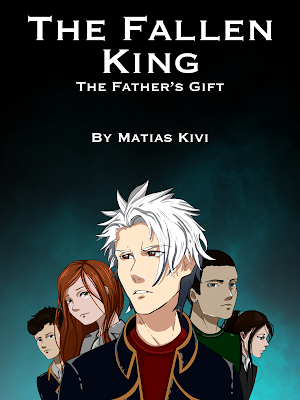 “What would you do, Michael, if your entire world was stolen from you?”

He had a normal happy life. That was until his father committed an atrocious crime. Now Michael must live with the aftermath of his father’s actions.

In a world both blessed and cursed by eight god-like beings, Michael must prove to his district that he isn’t like his father. The only option left for him is to join the Military Academy and fight for a state that hates him. But, It seems the world has other plans…

This is no fairytale. There are no happy endings.

“Without a second delay, they both wound up and clashed fists. They hit each other again and again and again, each time making a louder shatter as Michael’s icy knuckles slowly cracked. They kicked, they punched, jabbed, dodged, yelled, screamed, cursed; the flood gates to their emotions had been opened.”

Since I usually have college classes and work everyday, my writing doesn’t start until late at night. But, it always starts with me putting on my headphones, blasting some music, and letting my world play like a movie in my head. Once I’ve gotten into the writing mood, I grab myself a chilled arizona iced tea and get to typing away. 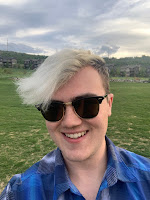 About the Author
Matias Kivi is a young independent author with a passion for creating stories that began way back when he was a kid. Even before the age of 10, he’d create small stories in his mind. However, it wasn’t until much later that he began actually writing. Perhaps influenced by anime and manga, Matias quickly developed a unique dialogue-heavy writing style, that makes his books an easy read for anyone.
Instagram: https://www.instagram.com/mator.k/
Previous Post
BLOG TOUR – Winter Witness
Next Post
SF & FANTASY FRIDAYS – Heresy